Communities in Haiti are in desperate need of help, more than a month after a devastating earthquake. It left more than 2,000 people dead, more than 100,000 homes destroyed, and affected access to safe drinking water. An Atlanta organization has been collecting donations to help those in need.

EAST POINT, Ga. - An organization called "Atlanta for Haiti" is working to provide supplies to those impacted by the devastating earthquake last month.

"This is emergency supplies going directly to Haiti. It leaves Atlanta in the next few days. It'll go to Miami and then on a boat, it goes to Haiti and we distribute in the areas that have been hit," Henry said.

More than 2,000 people lost their lives in the earthquake and more than 130,000 homes were destroyed. Livestock and crops were damaged by landslides and many do not have access to safe drinking water.

The organization's reach goes beyond gathering and shipping supplies. The group also works with Haitians to get the supplies to the areas that need them the most.

"We actually created jobs, so they work with us and we have them. One, they need the money. Two, they're awesome and we love them. It's a way we can create jobs for them in country," Henry said.

Henry's work with communities in Haiti goes back to 2017 when she took her first trip there.

But it was this trip that changed the course of her life.

"Immediately I'm seeing the need. Huge sanitation problem, huge insecurities in all the important areas that humans need just to be healthy," she said. Soon after, Atlanta for Haiti was born. 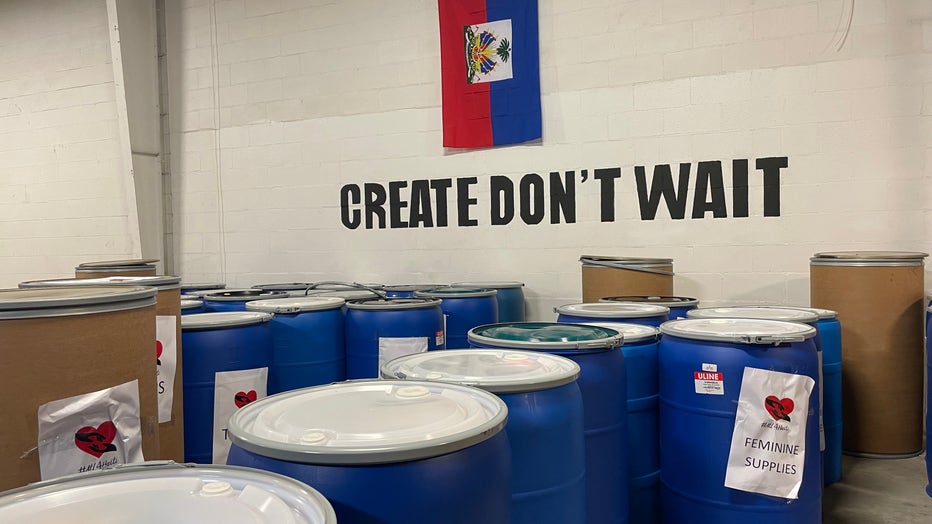 She points out, every part of this process has been a community effort, starting with the space the donations are being stored in.

Jay and Ernestine Morrison are the cofounders of the Legacy Center in East Point.

They said Henry reached out several weeks ago with the request for space to store donations.

"When we got the phone call saying hey can we use your space, I was like 'absolutely, come down,'" Ernestine Morrison said. "Just to see an overflow and abundance of boxes donated, it just shows us that there is so much power in unity. and that when we put the call out, the answers come in."

The Morrisons said this is a reminder that even the smallest act can lead to big changes.

"When it comes to activism or humanitarianism, do what's in your means. It might just be donating that one old T-shirt, you don't have to do much. Or come volunteer with sweat equity and move some boxes," Jay Morrison said.

You can find out more information on Atlanta for Haiti or how to donate on their website.

Learn more about the Legacy Center by visiting their website.