On Monday, the Georgia House Democratic Caucus condemned the message discovered in a Pope High School restroom and another discovered days later at Lassiter High School.

Rep. Mike Wilensky, D-Dunwoody, and other house Democrats voiced their support for the metro-Atlanta's Jewish community and concern for students in schools:

"The Georgia Democratic House Caucus leadership and I strongly condemn the anti-Semitic incidents that have occurred recently in Cobb County schools. We know that the Cobb County community does not share the hatred displayed by these horrific acts.

"We stand in solidarity with the Jewish community. Acts of hate, including anti-Semitic acts, will not be tolerated in our great state. These hateful incidents must be responded to with education and made to be teachable moments. No child should go to school in fear due to the hatred and ignorance of others around them."

Swastikas and messages praising Adolph Hitler appeared at two high schools this month. Someone scrawled a swastika and "Heil Hitler" on a bathroom door at Lassiter High School, about one week after similar anti-Semitic messages were found on a bathroom wall at nearby Pope High School, officials said. 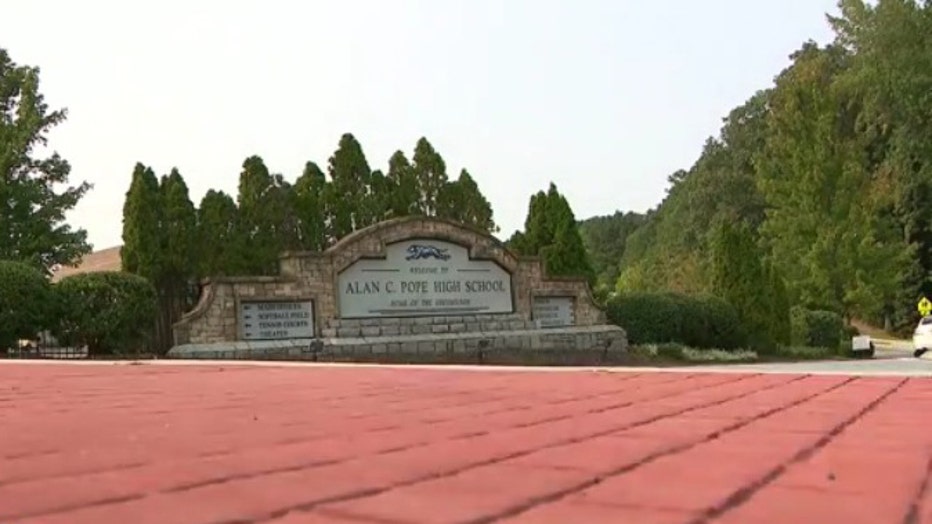 The two schools are about four miles apart and both are in the Cobb County School District.

The acts have alarmed Jewish families and prompted Rabbi Larry Sernovitz of a local congregation to speak with students. Sernovitz told FOX 5 he got multiple frantic texts from parents when the graffiti began spreading on social media. He and other rabbis want to speak at the Sept. 23 school board meeting.

"I am both angered and saddened by the appearance of symbols and words of hatred in our school and community. I do think it is important to first let parents know what occurred, to name it, and to let our students know that we condemn it.  We are reviewing video footage, we are talking to kids, and our campus officer has filed a report.

"When hate and ignorance surface in our school, we ask that parents engage in meaningful conversations and dialogue with your children. I can cite the Cobb County School District’s Administrative Rule that these hate symbols/speech violate, and I can talk to students in the morning over the announcements about repercussions for this despicable act; however, for these disgusting acts to stop, we must all come together as a school and a community to commit that Lassiter High School will be a safe, respectful environment for all students, faculty, and staff."