COBB COUNTY, Ga. - An anti-Semitic message written in big letters inside a boys’ bathroom at Pope High School has students who are Jewish on edge, Rabbi Larry Sernovitz said.

Rabbi Sernovitz said he got frantic texts from Pope parents on Thursday evening as soon as the hateful message began spreading on social media.

"We will not stop until we get answers from the administration," Sernovitz said.

The following morning, he said he went to the school personally and had a long discussion with the school’s principal, and then students directly.

"We were able to go into the end of each of the lunches and to be able to have conversations with the students," he said.

"Anytime students misbehave, and in this case disrespect, individual students, people groups, and their school, we find it unacceptable," the spokesperson said. "The principal has engaged with community groups who have been affected by this student behavior, and all applicable District policy and law will be applied."

"The statement lacked any specificity, which was the challenge in the whole thing," he said. "This was an anti-Semitic hate crime and what they failed to put in that note to the community was exactly that." 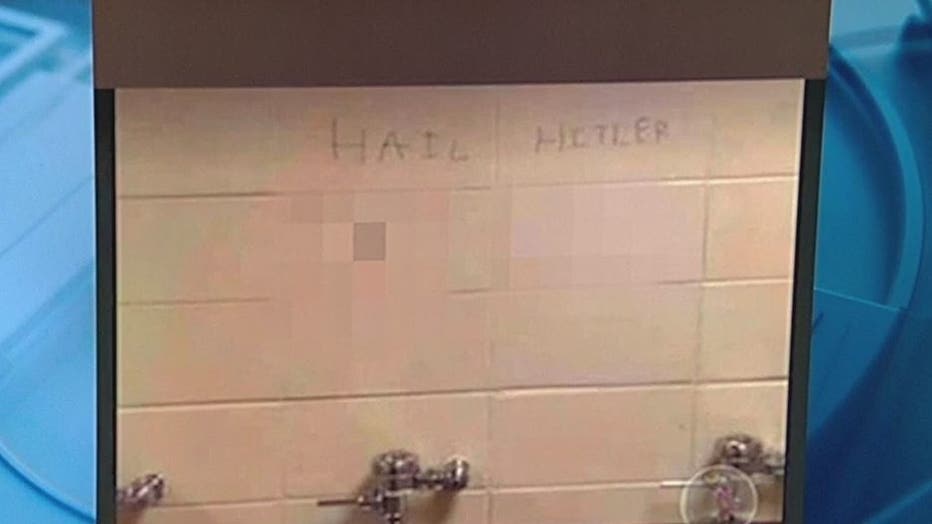 He pointed out that this incident comes almost exactly one year since more than a dozen swastikas were found all across the county.

"We said then and we say now, that this is no place for that. This is not who we are in Cobb County," Sernovitz said. "But I got to tell you, within the last 24 to 48 hours, the number of texts, phone calls, and emails I’ve received from others who have experienced very similar things in Cobb schools was pervasive."

Sernovitz said Jewish members of the community are frustrated because the next Cobb County School Board meeting falls on the night of Yom Kippur, the most sacred night in the faith, so they will not be able to attend and express their concerns.

Meanwhile, Sernovitz said the Jewish students at Pope High School he’s spoken to are on edge following the act of vandalism.

School officials have not said whether or not they found the individual responsible for the hateful message.