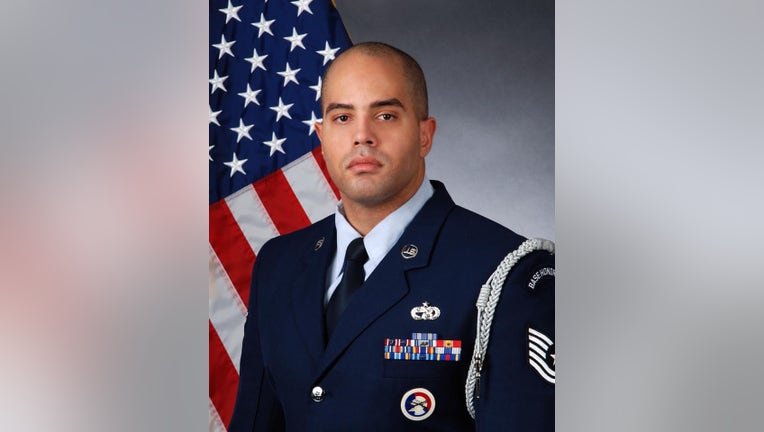 Officer Christopher Eric Ewing, who was an Air Force veteran and reservist, was killed while on duty the night of April 20. Officials said his patrol car was involved in a crash at the BP gas station near Interstate 285 and South Cobb Drive interchange. A man was arrested and charged with being under the influence following the crash.

Due to the ongoing COVID-19 outbreak, the viewing and funeral were not open to the public.

The Atlanta Braves hosted the funeral at Truist Park to help with social distancing but the services were streamed online. Only family, first responders, and members of the military were allowed to attend by invitation.

The public lined the route between Carmichael Funeral home and Truist Park to pay their respects.

Smyrna Police Chief Joseph Bennett said that Ewing was recently given a lifesaving award and had applied to be part of the department's DUI task force. Ewing had been with the department for two years.

He is survived by his wife and three children.