Aerials of the destruction from a tornado that swept through the town of Newnan in the overnight hours. The storm brought down trees and power lines, destroyed homes, and killed one person while leaving several people injured.

NEWNAN, Ga. - A federal disaster declaration has been approved for eight Georgia counties impacted by a severe storm at the end of March.

An EF-4 tornado with winds of up to 170 mph tore through the area, hitting the Newnan area hard including Newnan High School.

The storm brought down trees and power lines, destroyed homes, and left several people injured. State troopers said one man has died from a heart attack during the storm. 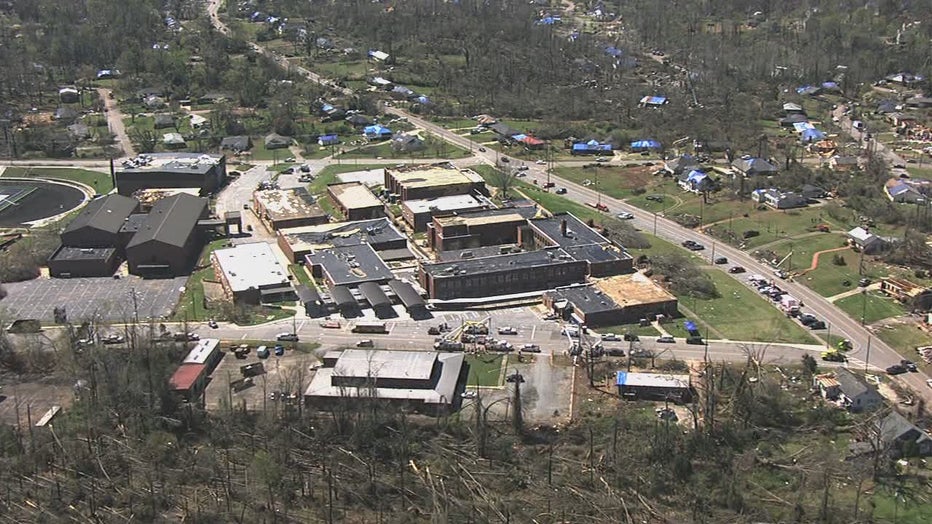 County officials report more than 1,744 homes were impacted by the destructive tornado with 70 homes being destroyed and about 120 of those sustaining major damage.

The Georgia Department of Insurance and Fire Safety estimated the storm caused more than $75 million in auto and home insurance claims. Officials said the figure is based on data from Georgia insurers and does not include commercial property.