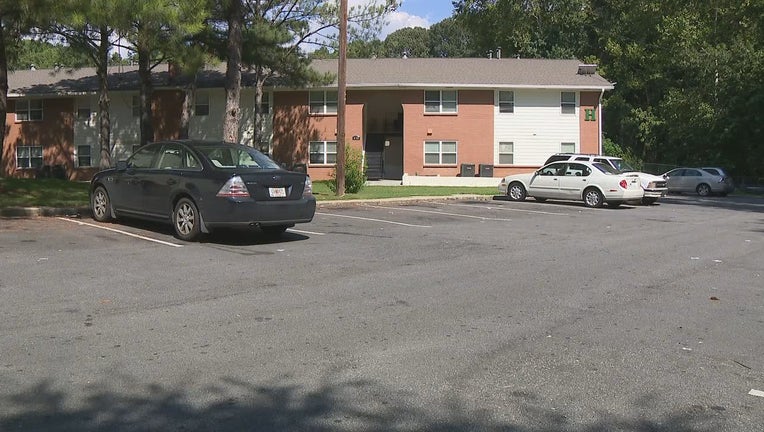 A toddler was injured in a shooting at an apartment complex along Cushman Circle SW in Atlanta on Aug. 18, 2020. (FOX 5)

ATLANTA - Police say the father of a toddler has been cited after the young child was injured when she discharged a handgun.

Jason Davis was cited and charged for reckless conduct after police say his 3-year-old daughter got a hold of a firearm and accidentally discharged it Tuesday afternoon.

It happened at an apartment complex in the 3200 block of Cushman Circle SW a little before 2:30 p.m. Atlanta police said officers arrived to find a 3-year-old girl with injuries to the stomach. Initially, officials believed the injuries were a result of a self-inflicted gunshot wound. She was rushed to an area hospital for treatment where it was determined she was grazed by a piece of glass as a result of a gunshot.

The young girl is in stable condition as of Tuesday afternoon recovering at Children’s Healthcare of Atlanta at Egleston.

Investigators took the firearm into evidence.

No word on when Davis will appear in court on the charge.