The story of the U.S. presidents is told in a one-of-a-kind exhibit at the Booth Western Art Museum in Cartersville.

CARTERSVILLE, Ga. - It’s been an election season like no other before it — but tomorrow, people across the country will line up at the polls to vote for the next president of the United States. It’s a tradition that stretches back more than 200 years, and the story of our country’s commanders-in-chief is a fascinating one told in a one-of-a-kind exhibit at Cartersville’s Booth Western Art Museum.

The Good Day team spent the morning exploring the Carolyn & James Millar Presidential Gallery at the Booth Museum, which houses a collection of signed letters from every U.S. president. The content and focus of each letter is vastly different, but each is accompanied by a portrait of the president and a collection of memorabilia.

We also got a look at the latest updates to artist Ross Rossin’s "Commanders in Chief," a stunning trio of portraits of our country’s presidents which greets visitors to the Presidential Gallery. 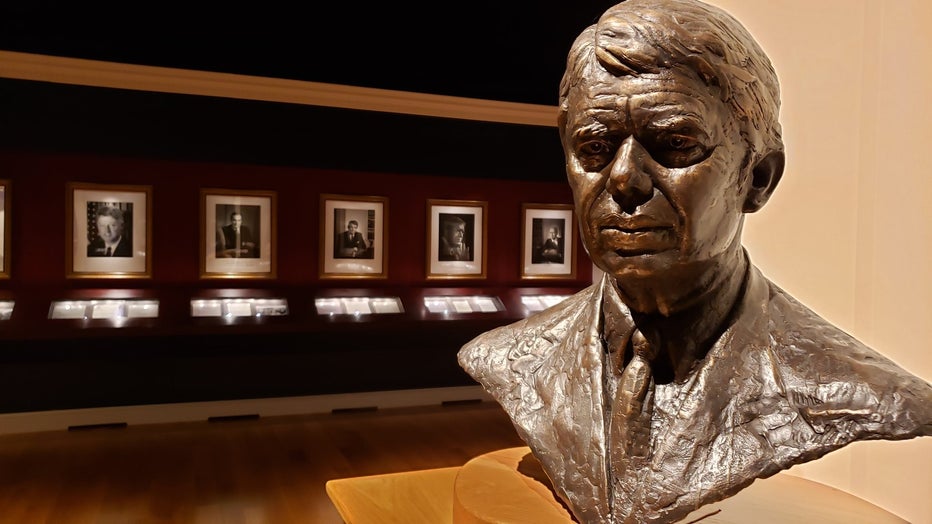 A little backstory: the family of Harry and Brenda Patterson first bought the huge painting — a group portrait of the presidents of the 20th Century — and it’s become a popular attraction at the Booth.  But more recently, the couple commissioned the artist to add two more canvasses, expanding the lineup to include every United States president from George Washington to Donald Trump.

The Booth Museum is currently open to visitors; advance tickets are required, and masks are strongly encouraged.  The museum has also set up “virtual tours” of its galleries online; for more information, click here.