A Gwinnett County toddler was sleeping often and his appetite decreased. He didn't have COVID-19, but another serious respiratory virus.

Atlanta - In early July, after months of trying to steer clear of the coronavirus, Rictoria and Sam Mickle of Dacula, Georgia, noticed their 15-month-old Nevin did not seem to be feeling well.

He was sleepy, his mother says, and had largely stopped eating.

RELATED: As parents of young children watch COVID-19 variant, Atlanta 3-year-old is part of study of vaccine for kids

She says she could hear him struggling to breathe. 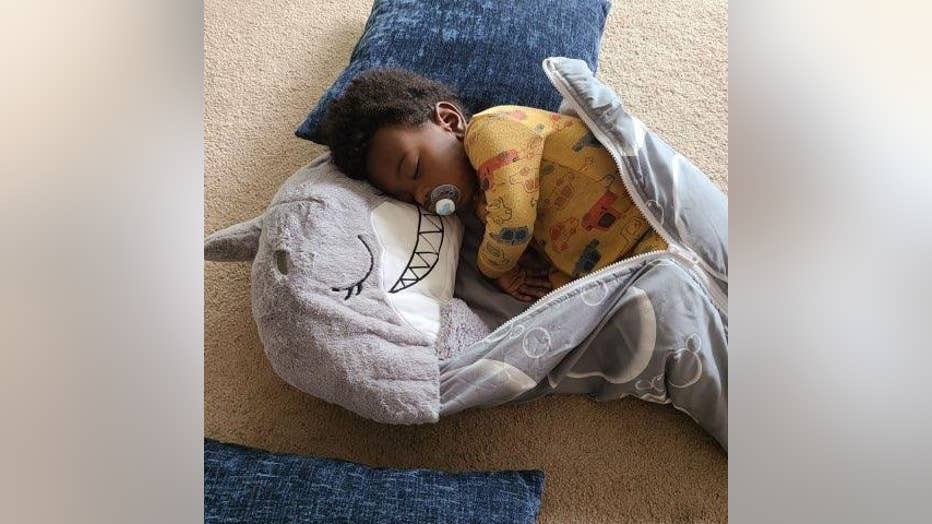 "When he would cry, you could tell there was a difference in his cry," she says.  "It was more like he was in pain, or he was experiencing a lot of discomfort."

When the toddler's symptoms did not improve after 3 days, the Mickles took Nevin to a Kaiser Permanente of Georgia urgent care.

Nevin Mickle did not have COVID-19.

He had bronchiolitis, or an inflammation of the small airways in the lungs, caused by RSV, or respiratory syncytial virus.

Mickle had many of the classic symptoms, which, the CDC says, can include:

"Quite honestly, it was a relief a little bit that the COVID test came back negative," Rictoria Mickle says.  "But, I also know that RSV is a very serious condition that can result in death for infants."

ERs and urgent cares are seeing a rise in children coming in with RSV and other cold-like illnesses, after a year of seeing almost seeing very few cases of respiratory illnesses, says Kaiser Permanente of Georgia chief of pediatrics Dr. Thomas Steimer.

"I didn't see a single case of influenza during the year, which was the first time in my over a 20-year career," Dr. Steimer says.  "Now, my clinicians are telling me that urgent care in July seems more like urgent care in January."

As face masks are coming off, and people are dropping their guard, Steimer says, children are once again picking up common respiratory viruses, like RSV.

"RSV is very contagious, and once it takes hold, it spreads like wildfire," he says.

Rictoria Mickle says they may never know how her son was exposed to RSV.

"It's almost impossible (to know)," she says.  "He goes to daycare.  We have to go to doctor's appointments.  We go to the grocery store."

RSV typically causes mild cold-like symptoms that will resolve without the need for medical care.

"In those kids, they have a higher chance of ending up in the hospital because of a pneumonia that could require oxygen," Steimer says.  "In the very young kids, they sometimes develop apnea, where they stop breathing for periods of time."

If your child is having difficulty breathing, worsening symptoms, or not drinking enough fluids, the CDC recommends calling your doctor.

Nevin Mickle recovered at home, with his mom keeping a very close eye on him.

Now that they are on the other side of their scare, Rictoria Mickle wants other parents to know RSV is on the rise, and to keep an eye out for the symptoms of the virus.

"Don't just assume that it's nothing," Mickle says.  "Especially breathing, wheezing, being lethargic, not eating.  Just look for signs, and try to do the best you can, and stay hopeful."