Children hospitalizations due to COVID-19

As the Delta variant spreads the CDC recommends children 12 and under become vaccinated, as vaccine trials for younger children get underway.

The first shot 3-weeks ago went smoothly, Pearson says, with Astrid experiencing a little fatigue and arm pain, but no other side effects.

"Round two was a little bit more eventful," she says.  "She had a bit of a reaction after receiving the second dose. She had a little bit of a fever, and she had some hives that popped up on her arms and legs." 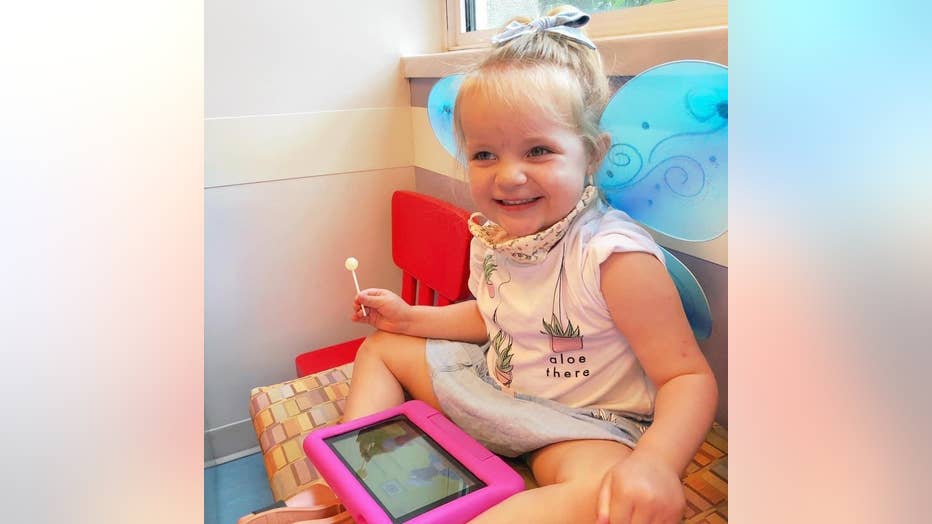 Pearson, who was also immunized as part of a COVID-19 vaccine study, says Astrid's reaction cleared up within an hour and a half.

By Wednesday morning, she says, Astrid is back to normal.

But Pearson woke up to the news 7 children in Mississippi have been hospitalized in intensive care, two on a ventilator, because of COVID-19.

The state's top health official is blaming the hyper-contagious delta variant of the virus.

"The delta variant is a worry, and that's one of the many reasons we chose to enroll my daughter in the vaccine trial," Pearson says.

Severe COVID-19 is rare among children, with less than 2% of kids infected requiring hospitalization. 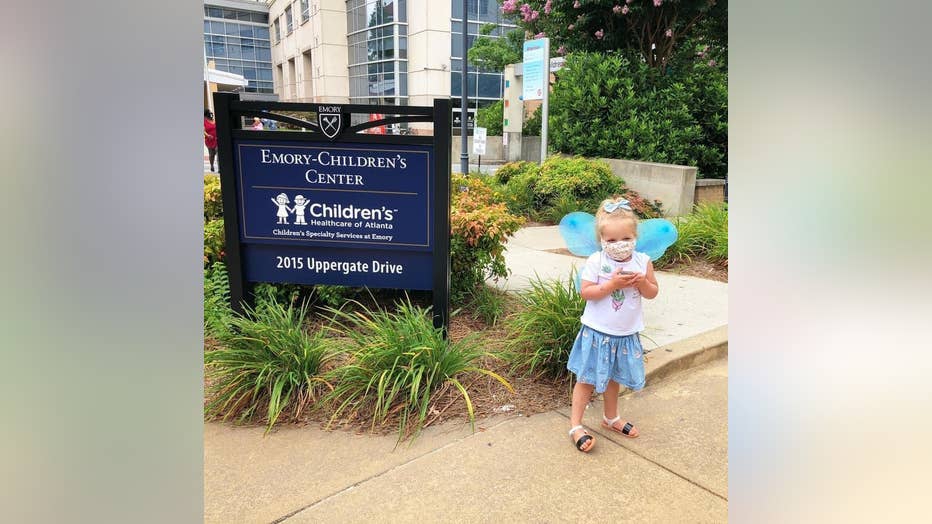 Astrid Pearson, 3, stands outside the Emory-Children's Center in Atlanta, where she is part of a pediatric COVID-19 vaccine clinical trial.

The American Academy of Pediatrics says just over 4 million children have tested positive for the virus since the pandemic began.

Dr. Hansa Bhargava, a Children's Healthcare of Atlanta pediatrician and medical editor at WebMD, says that is a major jump from early on in the pandemic when children made up just 3% of all cases.

With vaccination rates low around the world, Dr. Bhargava says, the coronavirus has been able to mutate and learn to spread more efficiently.

"Now we're at a point where the virus is a really good version of itself," Bhargava says.  "It's more contagious.  Also, society is at a point where we're at our weakest. We've not gotten our vaccinations up, we've taken the masks off, and we're congregating with large communities. So, that means it's a wonderful playground of the virus."

Dr. Bhargava is urging parents of children 12 and older to get them vaccinated.

"If if they're too young to get vaccinated, mask them up if they're going indoors," she says.

Dre Pearson says once Astrid had received her final dose of the test vaccine, she was flooded with relief.

"I shed a few tears of joy, because it felt like there is some light at the end of the tunnel," Pearson says.  "I'm looking forward to the day when all parents get to have that feeling, too, because it's a huge weight lifted."