Plan of action to combat crime

DeKalb County police have a new plan of action in place to help combat rising crime after a recent gas station shooting.

DEKALB COUNTY, Ga. - DeKalb County police unveil a plan of action to curb crime after someone killed a man and wounded five others at a gas station.

It happened Sunday night and is just one of several crimes along Redan and South Hairston roads in recent months.

People living in that community said they're fed up.

"I don’t want my wife to have to catch a stray bullet going to work," Patrick Medley explained.

His family has lived near the intersection for nearly 20 years.

Medley, along with several of his neighbors, believe the two gas stations at that intersection are a hotspot for criminal activity.

"I, my family, my neighbors, and plenty of people have bypassed for years which is a shame because it's just been consistent loitering, shootings and murders," He described.

Sunday night, police said someone killed a 60-year-old man and wounded five others at the Chevron gas station.

They said it's possible some of the victims were just innocent bystanders. 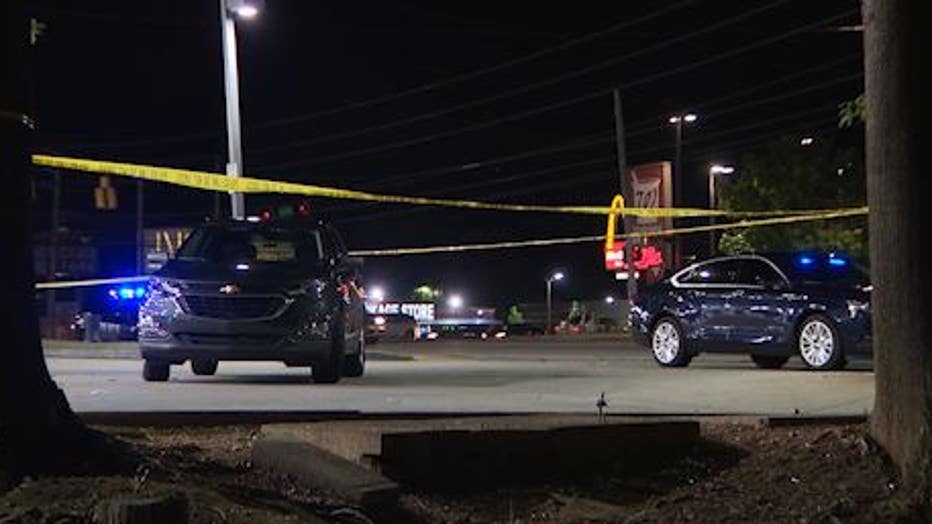 Last month, investigators tell us another man was shot and killed in a drive-by shooting at the BP.

"A lot of the intersections where we have strip centers, gas stations, and those type of things they tend to attract a certain type of element," Hammonds said.

Police report there have also been nine aggravated assaults and eight armed robberies in the area this year.

"Our gang unit will be out addressing any and all gang-related activity and crimes," Assistant Chief Gregory Padrick said during a virtual community meeting Tuesday evening.

They met to discuss ways to handle the problem.

He went on to say that "the criminal investigations unit will be working with the district attorney's office to address recidivism and violent repeat offenders."

Police said they're also actively working with the business owners.

"Some of the store reps agreed to improve their visual security to enhance lighting and improving their camera systems," Maj. RC Hughes detailed. "They also agreed to be more proactive about not allowing persons to loiter in front of their stores."

As for those raising families in this community, they said they're tired and need help.

"We're really getting tired of being projected as a place that's full of violence and crime when we have hard-working, educated, decent people every day going to work," Medley described.

Police said they can't identify a particular cause for the recent rise in criminal activity.

But Hammond thinks "part of that is 'maybe if I move out to the suburbs, I won't' get noticed as much as I will in the cities. There's just a certain element that is thinking that they can stay undercover by moving into our community."

Police are still searching for the killer in Sunday night's shooting.