FOX 5 cameras were rolling when a local car dealership donated the van for the family's son who has muscular dystrophy.

FAYETTEVILLE, Ga. - FOX 5 was there as a Newnan family received a new handicap van to replace the one destroyed in the tornado a few weeks ago.

Fayetteville Ford donated the van to the Pease family for their son Ryan who has Muscular Dystrophy. 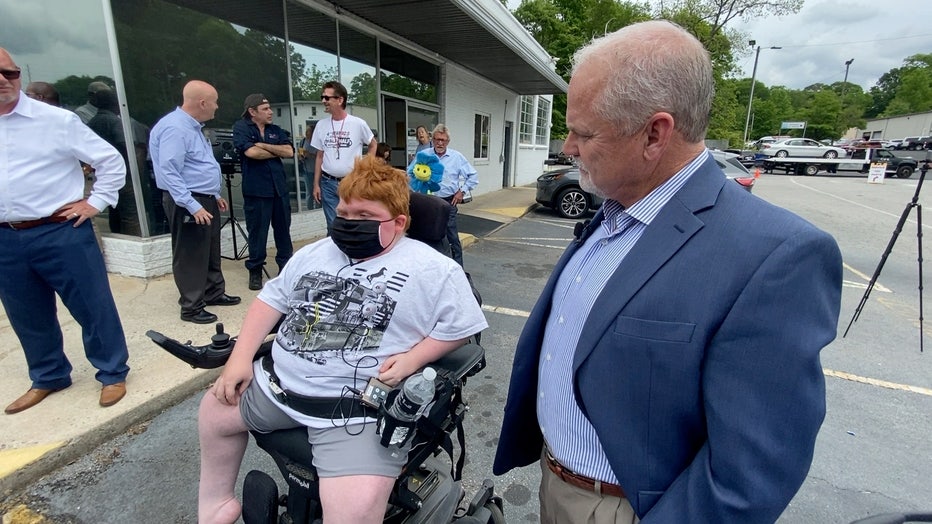 A dealership employee saw a social media post about the family’s plight after the tornado. Their home was so damaged that they are having to live in a hotel. The specialized van was crushed by a tree.

Fayetteville Ford presented the family with the keys to a new van Thursday. 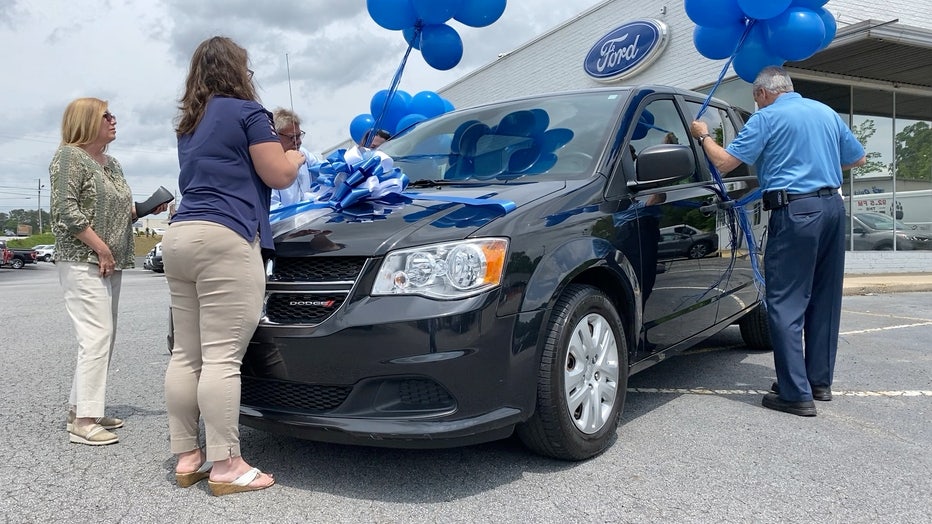 Fayetteville Ford donates new handicap van to a Newnan family after their old van was destroyed in the recent tornado.

Fayetteville Ford owner David Burnett told FOX 5, he and his staff were saddened to hear about the family’s struggle and they were happy they play a part in the family’s recovery from the tornado.