A serious wreck has closed several northbound lanes on I-85.

According to investigators, at least 7 vehicles were involved in a crash on I-85 just north of McGinnis Ferry Road around 3:20 p.m. A pick-up truck is believed to have struck the back of another vehicle and killed the passenger.

Police urged drivers to avoid I-85 northbound at Lawrenceville-Suwanee Road during the closure. 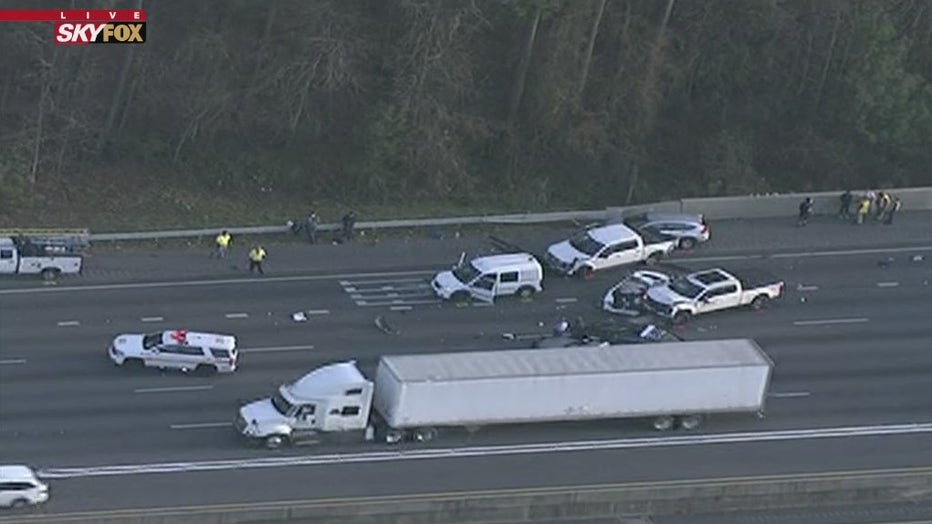 SKY FOX 5 Flew over the scene in Gwinnett County to see a multi-car wreck that closed all but one lane and the Peach Pass lane.  (FOX 5 Atlanta) 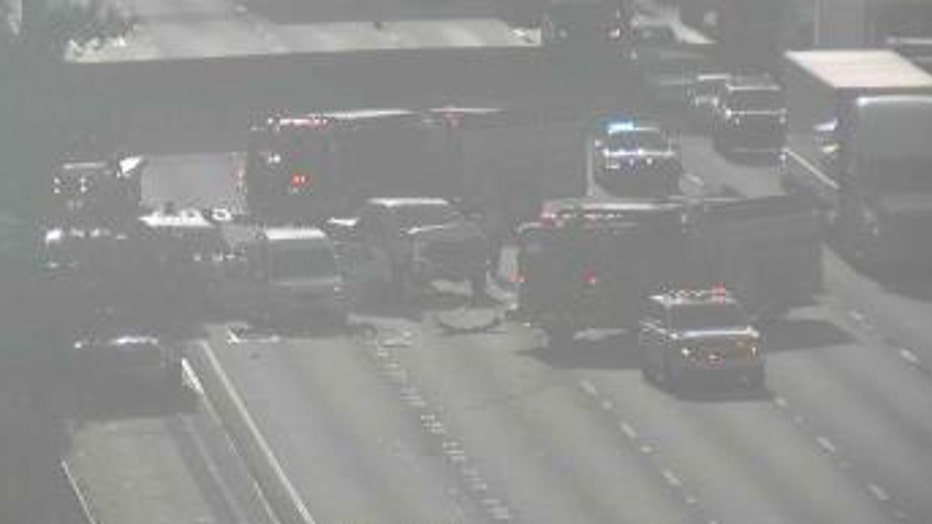 A crash on Interstate 85 closed four of the five northbound lanes on Wednesday afternoon in Gwinnett County. (FOX 5 Atlanta)

Shortly before 7 p.m., police announced that the scene had been cleared and lanes were reopened.