The owner suffered major damage to several organs after a robber shot him inside of the Cobb County store.

COBB COUNTY, Ga. - A Cobb County liquor store owner is still in the ICU a week after he was shot three times during a robbery.

Now, his family has asked for the community's help police to find the shooter.

Loved ones said Kaushik Govani finally opened his eyes this week after someone shot him inside the Bottle Shop liquor store. Govani's daughter explained that the attack left him with severe injuries to several organs including his heart, liver, and stomach.

"We were a little scared for him being on the ventilator for a while and not seeing any improvements," Nikitia said.

She's optimistic that being by her father's bedside every day is pushing him to keep fighting.

"After he was able to hear our voices and open his eyes, it was a lot better in terms of hope," she said.

It's a hope that her 55-year-old father will make a full recovery after a robber shot him multiple times last Wednesday. 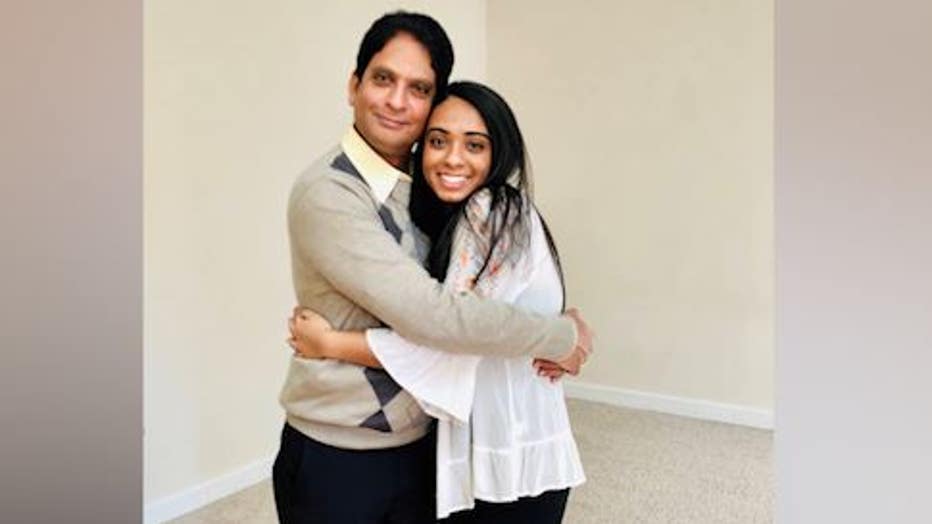 Govani was behind the counter at the Bottle Shop near Hickory Grove and Baker roads, just outside Acworth,  when the robber walked in and demanded money.

"He was here all day trying to make a living for us and it's just hard to see that it's gonna be a while for him to get back on his feet and continue to do so. Everything is just turned upside down for us,' Nikikta said.

After watching camera footage of the attack, the family thinks the same person robbed the store in March.

"The detectives were able to identify that he was wearing the same piece of clothing, same mask, same shoes. Everything was the same. They were pretty confident it was the same person."

Nikita said they reopened on Sunday after being closed for several days.

Each customer that came in Thursday asked about her father.

"It's very heartwarming.," she said.

With the family's sole provider unable to work, Nikita said they’re now burdened with losing sales at the store and mounting medical bills.

"We want our main focus to be on my dad and make sure he's doing okay and not have the burden of are we gonna be able to cover the expenses, are we going to be able to get the store up and running like it used to be," Nikita said.

She said it's frustrating knowing no one has been arrested.