Some Atlanta business owners say running their establishments is unbearable due to crime and the closure of a major bridge. Business owners said they are losing money and their companies could fold if the bridge is closed for more than one year.

ATLANTA - Some Atlanta business owners say running their establishments is almost unbearable right now, and they're reaching a breaking point. They said it's because of several problem including crime and the closure of the bridge on Cheshire Bridge Road.

They've now demanded city leaders step up and get involved.

Courtney DeDi's dog daycare sits right by the bridge that went up in flames last month. It's been closed ever since, drastically driving down her business.

"I'm out storming the streets, making phone calls to just stay alive at this point," she explained.

DeDi told us she's lost about 40 percent of her revenue.

"Certainly taking out as many loans as i possibly can, putting everything that I own on the line, DeDi said.

She went on to tell us that "just Saturday, a woman was shot down the street so we're really starting to see an increase in crime."

But business owners tell us the closure, which is expected to last about a year, is part of a bigger problem. 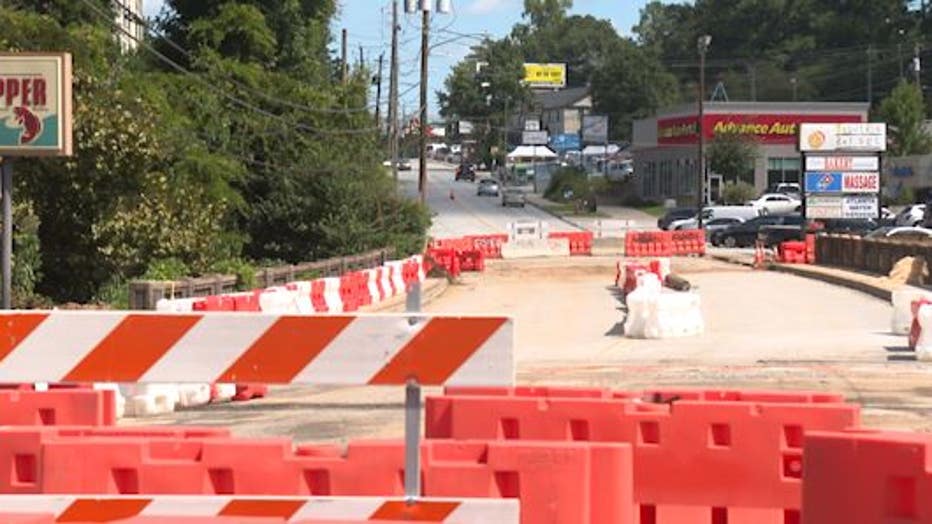 "We knew that it would reach a tipping point, and I think we've hit that," Sara Keith, who owns the Atlanta School of Photography, said.

"Our homeless population, there's been a lack of resources when it comes to housing, drug addiction, mental health services," she told us.

The seven business owners want a faster timeline on reconstruction of the bridge, financial support from the city or another entity because of the closure, more trash cans to help clean-up the neighborhood and a safer community.

"We've seen everything from being harassed by folks, we've been broken into, we've had fires immediately outside of the building," Keith detailed.

Keith said things will get worse and she's reached out for help since 2017.

"I think I only received one response from the mayors office in 2017 maybe but since then it's been pretty silent," she told us.

Owner said the number of issues has made operating business here nearly unbearable.

"It's been heartbreaking to see it decline, and if it doesn't change unfortunately a lot of us will have to move or relocate or simply pack up shop and close altogether."

We reached out to Councilwoman Jennifer Ide, who represents this district, and other council members but have not heard back.

The business owners here said this bridge being closed for a year is a death sentence so they hop the city can speed up that process.