Video of melee that led to murder charges for Ludacris' manager, Chaka Zulu

Attorneys for the music executive said he shot and killed a man in self defense. They say their client was jumped and beaten.

Atlanta police homicide investigators have identified Chaka Zulu, whose real name is Ahmed Obafemi, as a suspect in the  June shooting that left one person dead, and two others injured, including himself.

In the video obtained by TMZ, Zulu is seen in the parking lot of the restaurant Apt 4B with a group of other people.

In the video obtained by TMZ, Ludacris' manager Chaka Zulu is seen in the parking lot of a Buckhead restaurant when a fight breaks out. Two men can be seen attacking Zulu, who seconds later pulls out a gun and opens fire.

Moments later, a fight breaks out, two of the men can be seen attacking Zulu, who pulls out a gun and opens fire. Officials say 23-year-old Artez Benton was hit and later died. 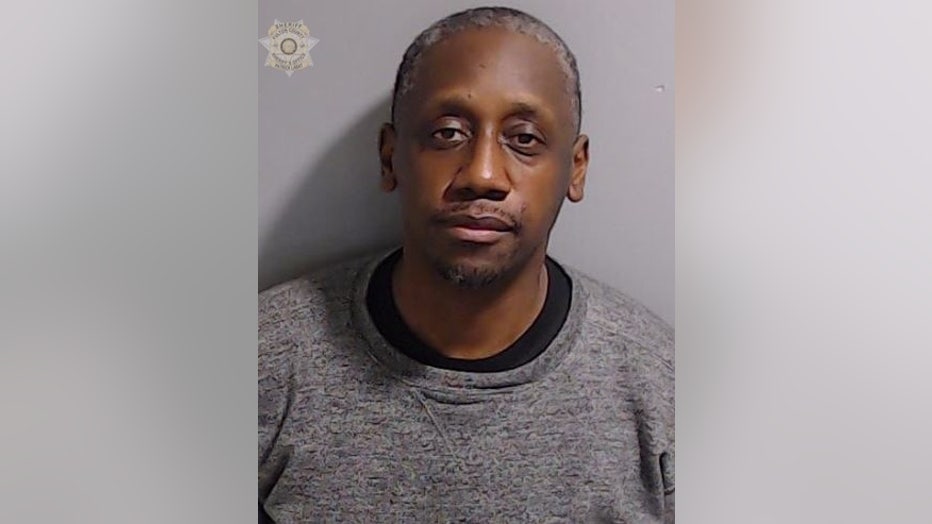 Officials say Zulu turned himself in at the Fulton County Jail Sept. 13, but was bonded out the same day. He is charged with murder, aggravated assault, possession of a firearm during the commission of a crime, and simple battery.

The lawyers for Ludacris' manager Chaka Zulu discuss the deadly shooting that ended with him charged with murder.

Attorney Gabe Banks, a member of the music executive's legal team, accused the Atlanta Police Department of not being thorough in its investigation.

In a press conference on Thursday, where Chaka Zulu sat alongside his attorneys and loved ones, Banks said his client "fought for his life" and claimed Benton was not an innocent victim. Banks said his client was trying to deescalate a situation that was becoming violent before the events in the video unfolded.

Banks called on police to charge and arrest the man who hit Chaka Zulu from behind and was ultimately the person who shot him.

On Monday, Gabe Banks, a lawyer for the longtime music executive, posted on Instagram that Zulu was "disappointed" by the APD's decision to bring charges against him. Banks said evidence clearly shows Zulu — who was injured in the incident — "was forced to defend himself" while being attacked by at least four other people in the June incident.

"It is not lost on Mr. Zulu that someone lost his life, but had Mr. Zulu not lawfully defended himself, Mr. Zulu would have been killed that night," Banks said,

Obafemi is popularly known as ‘Chaka Zulu’, Atlanta-born rapper Ludacris' longtime manager. As a music executive, he started the independent record label "Disturbing tha Peace Records" back in 1998 with his brother Jeff Dixon and Christopher "Ludacris" Bridges. The record label was designed to give musicians from the "Dirty South" an opportunity to shine after being ignored by major labels. Ludacris was the first artist to be represented.

Banks’ statement said Obafemi defended himself with a firearm he is licensed to carry.