The FOX 5 I-Team examines a certified survey and Banks Count's own official maps. Those maps raise questions about whether Banks County Sheriff Carlton Speed lives in Banks County, as required by law.

ATLANTA - Does the Banks County Sheriff live in Banks County? Seems like a simple question that should be easily answered.

A sheriff has to live in the county he or she serves. Sheriff Carlton Speed says he does, and he pays his taxes in Banks County.

But, the FOX 5 I-Team has examined a certified survey of the Banks - Franklin County line that shows him living in Franklin County. And FOX 5 discovered two official Banks County maps with two different boundary lines. All those maps raise more questions about where the sheriff actually lives.

"It's funny we have these issues that keep coming up from the same person," Sheriff Speed said. 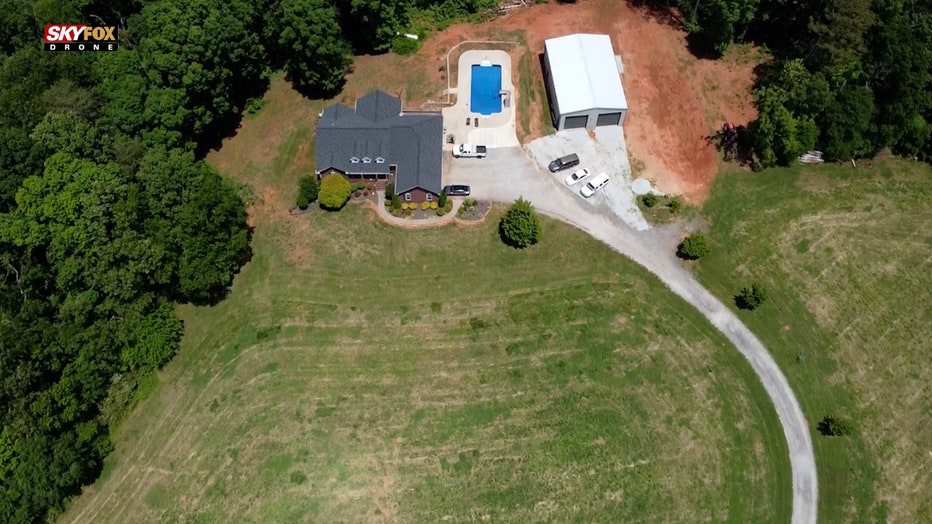 Carlton Speed is arguably the most powerful sheriff in Georgia: president of the Sheriff's Association, Oval Office guest, but, don't ask the Banks County sheriff if he really lives in Franklin County.

"I'm in Banks County. Take your pictures. Do whatever you want to do on a public road, don't get on my property," said Sheriff Speed.

The question of where Sheriff Speed lives has been argued for years. Speed lived and voted in Banks County for years before he ran for sheriff.

His key evidence was this 2000 survey showing the "approximate" county line bending around his house. It was drawn by his wife's uncle, who was a professional surveyor.

During his sheriff's race in 2012, a local Banks County family challenged his residency in court. A judge ruled in Speed's favor. 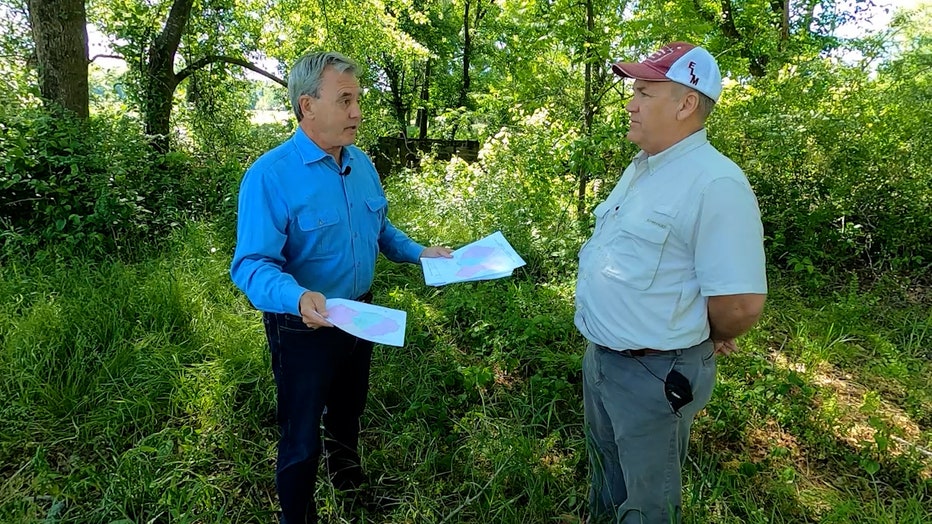 "We wanted our children to attend school in Banks County, therefore we moved our house down the hill," said Carlton Speed at the time.

Karen Burry, head of the Banks County GIS department, backed the sheriff up. She testified she created this map that shows the boundary line curving around Sheriff Speed's home. She called it a kink in the line.

The judge ruled Gasaway had proven there were enough illegal votes to order a new election. He also ruled he found evidence that Sheriff Speed lived in Banks County and had not voted illegally. 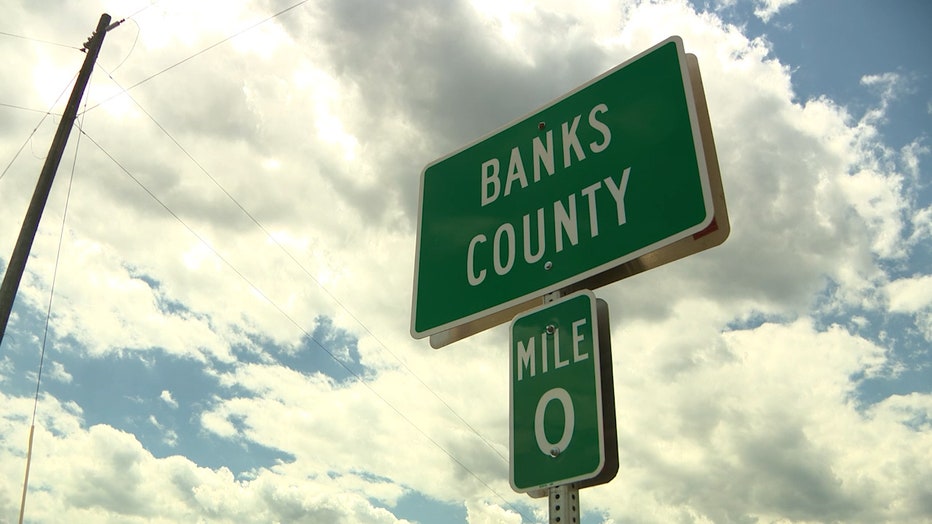 Dan Gasaway lost that new election. End of debate? Not even close.

Gasaway kept on, convinced he was right about where the sheriff lived. And he set out to prove it.

A mapping expert from the University of Georgia said the single best way to settle a boundary dispute is to get a certified land survey. That is exactly what Dan Gasaway did.

The surveyor started with the boundary lines described by the Georgia General Assembly in 1858 when Banks County was created. The key boundary - a straight line between what was then known as Kesler's Bridge to a 10-mile post near the sheriff's home.

"This is the former location of the bridge," Gasaway said standing on the bank of the river. 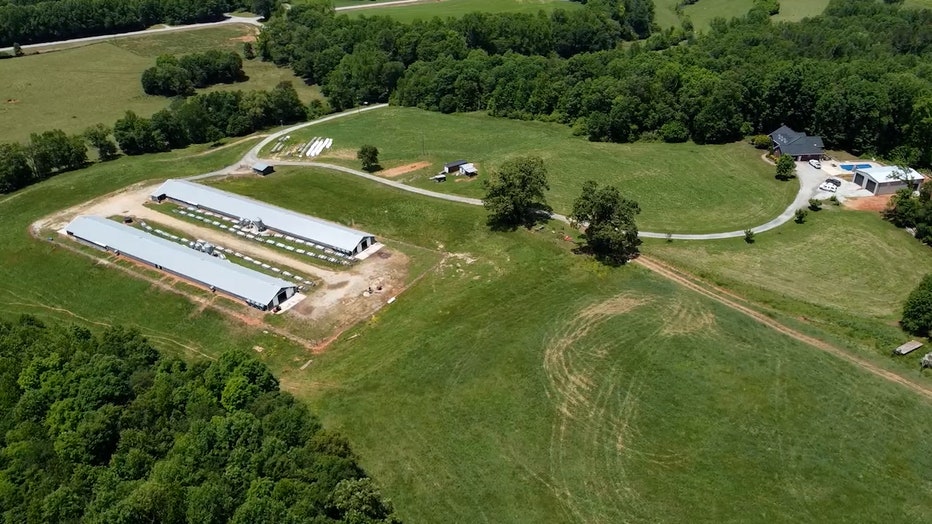 FOX 5 saw firsthand that Gassaway’s surveyor had no problem finding where Kesler's Bridge once stood and traveled south from the bridge to where the surveyor located the 10-mile post.

"One of the corners is up there in that hedgerow from 1858 when the county was created, that is one of the points," said Gasaway.

The surveyor connected the boundary line from the old Kesler's Bridge to the 10-mile post, and signed a legal affidavit saying Banks County Sheriff Speed's home is "completely within the legal boundaries of Franklin County." The surveyor swore the home was in fact "500 feet" from the county line.

"I really believe a middle school kid on his computer can connect those dots and see what we are saying is true," said Gasaway.

"The line has been set by a person who was paid by Mr. Gasaway to pull the line. So, he's [surveyor] never wrong?" asked Sheriff Speed. 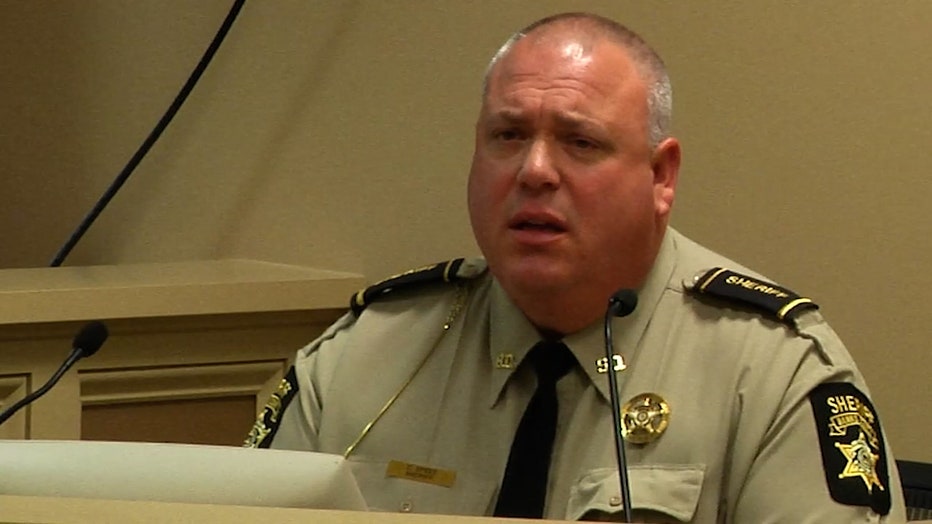 Sheriff Carlton Speed in court discussing his residency in 2019. (FOX 5)

So, is the surveyor right? FOX 5 examined several years of Banks County's official maps, using a digital library called the Internet Archives - or the Wayback Machine.

When did the map change? According to the Internet Archives, less than two weeks before Dan Gasaway walked into a court of law to legally challenge where Sheriff Carlton Speed lived and voted.

Banks County GIS Analyst Karen Burry first wrote FOX 5: "I have made no changes to the Boundary Data in the referenced area."

When FOX 5 sent her the maps, she suddenly remembered there were two different maps. She wrote that "differences were found" in her data files and that she used Sheriff Speed's private survey done by his wife's family member and earlier tax maps to "validate the correct data." 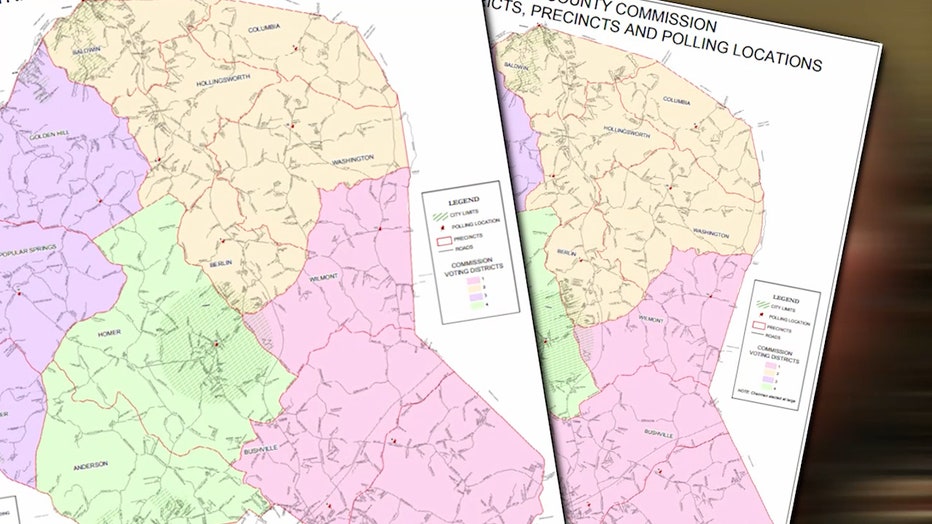 She couldn’t remember when she put the maps on the internet.

FOX 5 showed our findings to Dan Gasaway who responded, "It's sad election corruption is taken so lightly in the state of Georgia. That's what this is."

Reporter: "Is it possible it’s a mistake?"

Gasaway: "I find it hard to believe they change it 10 days before we go to trial."

One last thing, strangely not all the Banks County maps changed. The Banks County School Board's voting district map still has that straight line, putting the sheriff in Franklin County.

FOX 5 tried to ask the sheriff about the county's maps, he wrote back to say he didn't need to "address issues that have already been settled in Banks County Superior Court."