CARROLLTON, Ga. - Carrollton police are crediting an emerging technology for the arrest of a robbery suspect who remains behind bars.

Investigators said the Flock license plate reader was instrumental in identifying a partial tag which led investigators to the gunman who took shots at them.

One form of technology, a surveillance camera, gave police a visual of the man investigators said robbed the China restaurant on the night of Saturday, October 27 when the debit card the suspect was using to purchase food was rejected.

A newer emerging technology, a Flock license plate reader, mounted on a busy part of the city identified a black Chevrolet sedan driving by with a partial plate given to police by the clerk.

“And was able to figure out where that vehicle had been in the city which was an apartment complex,” said Lt. Blake Hitchcock, with the Carrollton Police Department.

As FOX 5 News reported that night, someone fired shots at police from inside that apartment complex.

Investigators said one of their SUV’s had its glass shattered by the man who eventually surrendered, 20-year-old Antaurio Jackson.

“Having this and getting, identifying the person right away was very, very helpful and hopefully it saved somebody’s life or even saved his own life,” said Lt. Hitchcock.

Carrollton Police are urging neighborhoods to consider Flock, which is about $2,000 fully installed, for enhanced safety in their community.

“A lot goes on that we are just unaware about and I just feel like our safety matters the most,” said Kaia Lester, who lives Carrollton apartment complex where Jackson was arrested.

Carrollton police invested for its first Flock system which led them to Jackson. He went to jail for robbing a restaurant which the next-door neighbor said was probably not necessary.

“These are really private owned and really good to anybody and if he had just talked to her about it I’m sure she would have gave him the meal,” said Brian West, the manager at Rent-A-Center.

Carrollton police said their investigation shows Jackson used a pellet gun to rob the restaurant and fire at their police vehicle.

He remains behind bars without bond on charges of armed robbery and aggravated assault. 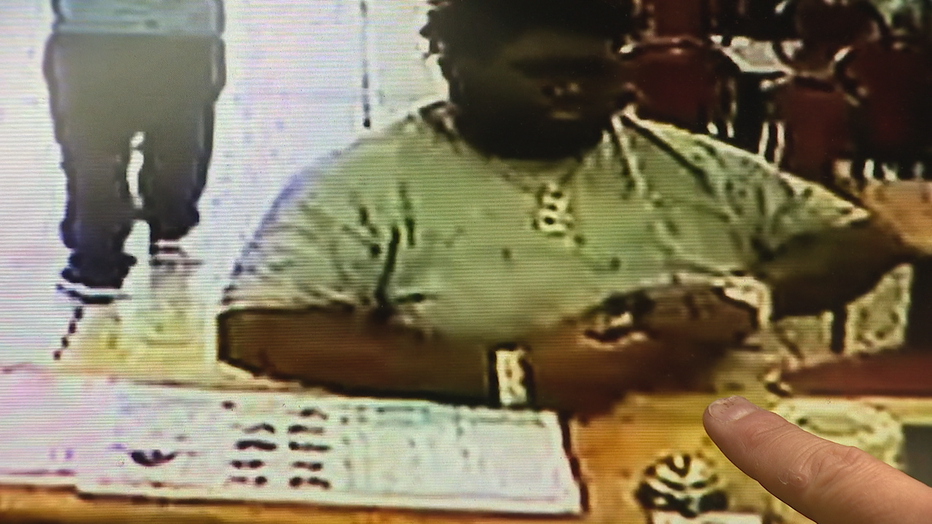