Georgia fire marshals alerted the residents of 444 Suites Student Housing on Highland Avenue that the building's boiler and elevators were shut off due to the violations. Residents of the building can still live in the apartments but will not have hot water or be able to use the elevators.

ATLANTA - State officials say an Atlanta student apartment complex where an 18-year-old college athlete was crushed to death in an elevator accident has been found to have multiple fire and code violations.

Friday, Georgia fire marshals alerted the residents of 444 Suites Student Housing on Highland Avenue that the building's boiler and elevators were shut off due to the violations.

Residents of the building can still live in the apartments but will not have hot water or be able to use the elevators. 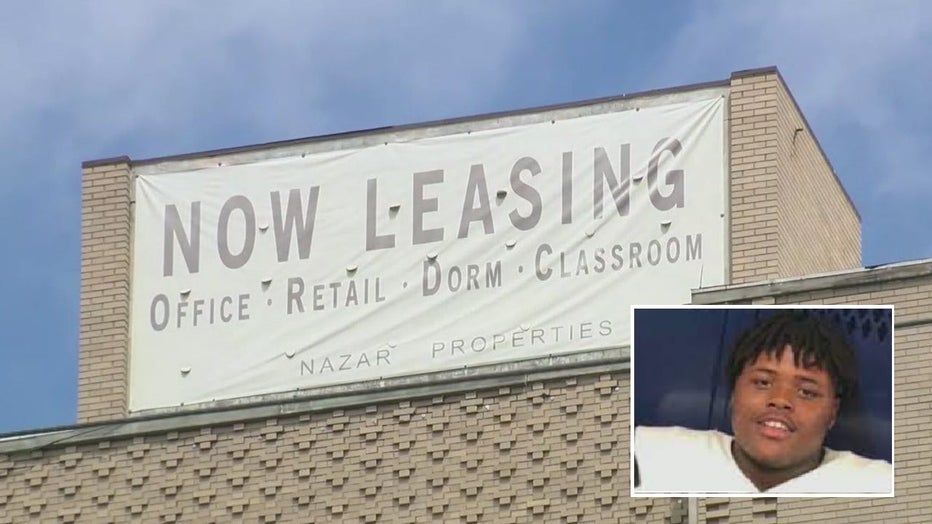 The Office of Georgia's Insurance and Fire Commissioner began an investigation into the building on Aug. 31 when 18-year-old JauMarcus McFarland was killed when the elevator he and two other Champion Prep Academy football players were on became stuck. The elevator had stopped at the third floor, but when McFarland tried to exit, it fell, trapping and crushing him for almost an hour .

Medics rushed McFarland to Atlanta Medical Center where he died from his injuries.

In their investigation, officials say they discovered that the building's management contracted unlicensed service technicians for elevator maintenance and repairs.

Family of football player killed in elevator incident, speak out

Attorneys and the parents of JauMarcus McFarland spoke publicly for the first time since the teenager was trapped and killed when an elevator failed at a student housing building.

On Sept. 13, a follow-up inspection revealed that four of the building's five boilers had been improperly installed without permits or inspection. Inspectors noticed additional violations and ordered the high-pressure steam boiler to be shut down.

However, two weeks later, officials say they learned the boiler had been turned on again despite their order.

"Our Chief Safety Engineer questioned how residents had continued receiving hot water with the high pressure steam boiler out of service. When we were not given a reasonable answer, we sent investigators back to the building the following day to find the boiler back in service in violation of the previous cessation order.

Attorneys say negligence was to blame for the elevator incident that killed JauMarcus McFarland who was enrolled at Champion Prep Academy.

In a statement, the State Insurance Commissioners’ office said the instances "demonstrated a pattern of disregard by building management of both State Law and the Rules and Regulations of this Agency."

A GoFundMe for JauMarcus McFarland's funeral costs has been set up for donations here.