The man died when the elevator failed, pinning him between two floors. The elevator was months late for an inspection.

ATLANTA - Bryson Grove is devastated by his teammate's death. The young man was killed in an elevator accident at a student housing building in Atlanta on Tuesday.

"We knew something like this was going to happen  one day", he told FOX 5's Deidra Dukes, "didn't know it was going to take one of our teammate's lives."

The man killed was Jaumarcus McFarland, a 19-year-old from Missouri.

Grove and other residents have complained about malfunctioning elevators here since he moved into the student housing last month. Other residents say they were also concerned the only elevator that serviced the whole building was unsafe. Their worst fears were realized Tuesday when Grove's teammate was killed. 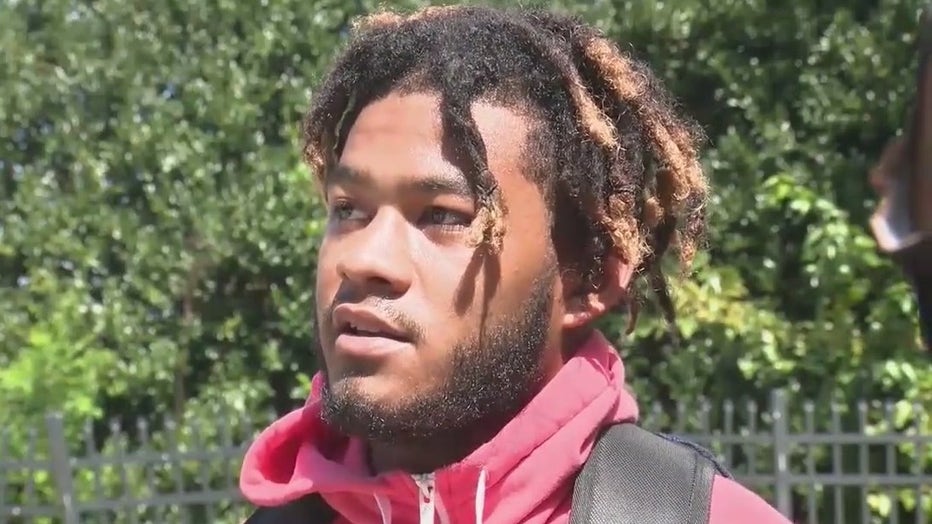 Bryson Grove, pictured above, says he is devastated after one of his teammates at Champion Prep Academy was killed in an elevator accident (FOX 5 Atlanta).

"He was one of our teammates, our brothers, our closet friends," said Grove.

Fire crews responded to the 444 Suites Student Housing on Highland Avenue in Northeast Atlanta just after 3 p.m. after the elevator collapsed and pinned the victim between the second and third floors.  Medics transported him to Atlanta Medical Center where he died from his injuries. 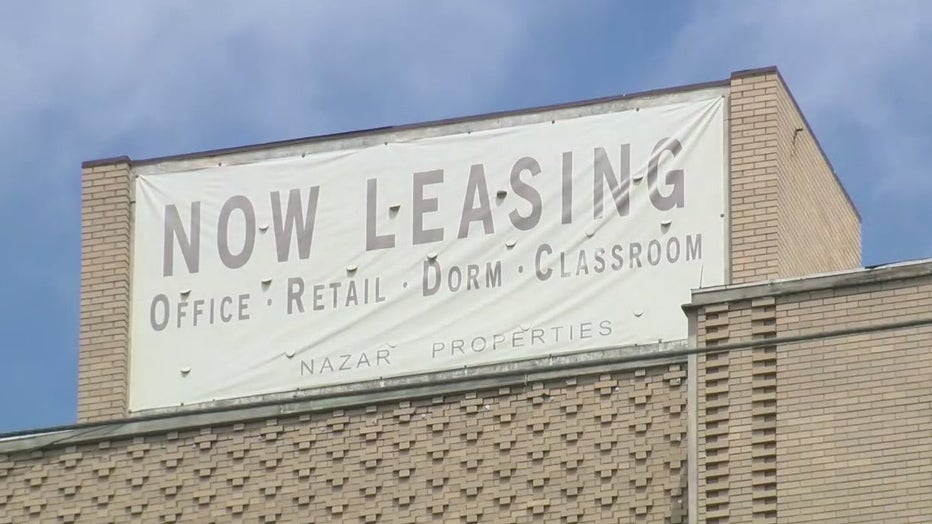 444 Suites Student Housing for Champion Prep Academy on Highland Avenue in Northeast Atlanta, where a student died in an elevator accident (FOX 5 Atlanta).

JauMarcus McFarland, who was in his 20's, recently moved to Atlanta to attend Champion Prep Academy and pursue his dreams.

"Just a bunch of guys from all over the U.S." said Grove. "Trying to get that extra chance to go to college and play football."

Lexus Law owns a business here and says the elevator that failed was in constant use after the only other elevator in the building broke down about three months ago.

"It's been constant wear and tear on the elevator," said Law.

Inspectors with the State Insurance Commissioner's office were on site Wednesday to determine why the elevator failed.

The agency is responsible for inspecting elevators in Georgia. A spokesman issued a written statement saying:

"We can confirm that the operating permit for the elevators at this location expired in August of 2020. Inspections are required by state law to be done on an annual basis and it is the building owner’s responsibility to request this yearly inspection from our office. We do not have a record of any such request from this building."

A statement from Nathan Phillips, Property Manager at 444 Highland Avenue, claimed the elevator had passed an inspection in August 2019 and wasn't due until 2024. He said the elevators in the building are subject to smaller, annual inspections, and the most recent one for this elevator occurred under the previous owner. The building changed ownership in December 2020.

Phillips told FOX 5 News the elevator has been on a constant maintenance program with a licensed Georgia elevator company and the building’s two elevators were serviced last week.

Phillips said 16 athletes were in the elevator at the time of the incident.

"First, we want to offer our sincere condolences to the family of this young man, his teammates, and his friends. The state inspectors will release their findings in due course, so it would be inappropriate for us to discuss full details until that report is complete.

"What we can say is the weight capacity of the elevator was 3000 lbs. — but the 16 young athletes who were inside the elevator when this occurred pushed that limit to nearly 4000 lbs. Unfortunately, this appears to be what started the domino effect of events leading to the unfortunate death of this young man. This is a horrible tragedy, and it deeply saddens us all that this has happened."

A GoFundMe for JauMarcus McFarland's funeral costs has been set up for donations here.