The Atlanta Police Department released this body cam video showing the arrest of a suspect in series of gas thefts where holes were drilled into the tank and drained. The suspect has been identified by police as as Matthew Reznick and was charged with driving with a suspended license, multiple counts of entering auto and criminal damage to property.

ATLANTA - Police in Atlanta said they arrested a man believed to be behind a series of costly gasoline thefts across the city.

It was a story FOX 5 first reported on Tuesday. Social media has been buzzing for the last few days about someone stealing gasoline out of tanks, but not by siphoning it out, but rather drilling a hole in the bottom of the tank and letting it drain out, leaving behind thousands of dollars' worth of damage in the process.

Matthew Reznick was arrested on Wednesday and charged with driving with a suspended license, multiple counts of entering auto and criminal damage to property.

Someone is drilling holes into the gas tank of cars and letting the gas drain out.

Marie Billings didn't know anything was wrong with her car until she was about two miles down the road, and it suddenly stopped. Some folks helped her get to a gas station. She started pumping gas, but it never seemed to fill up.

"I look up under my car, $75 worth of gas is flowing on the ground like honey," said Billings.

She called a mechanic who her told her someone had drilled a hole into her tank. He showed her the metal shavings left behind.

The high cost of gas these days is one thing, but the cost to replace the gas tank is a lot more. 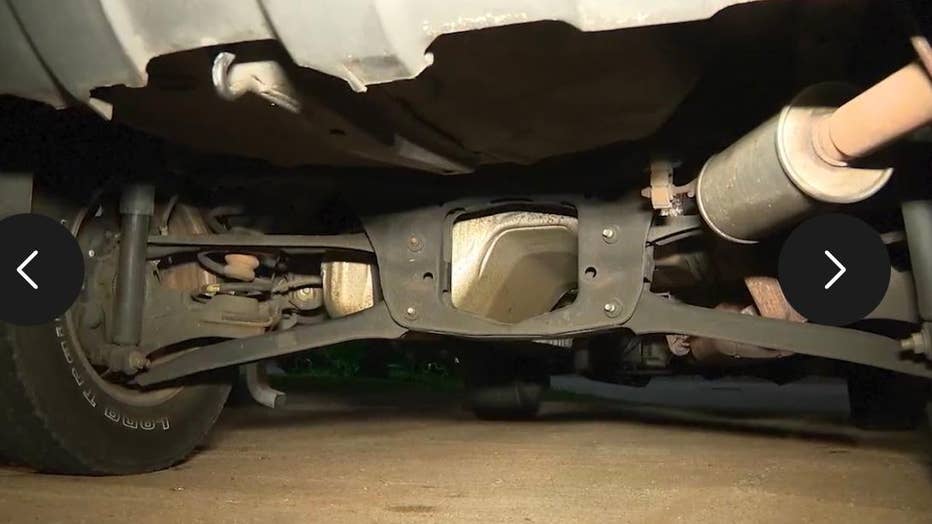 Billings posted what happened on social media, and soon, others across Kirkwood,  Edgewood and East Atlanta said the same thing happened to them.

The victims turned over surveillance images to police who then put out a bulletin for the suspect. Police said an observant officer spotted the suspect and pulled him over near the intersection fo Hosea L. Williams Dr. and Rogers St. After confirming his identity, he was taken into custody.

Reznick was taken to Grady Detention Center initially complaining of shortness of breath. He was evaluated, treated, and later transferred to the Fulton County jail.