The Atlanta Chief of Police says his department needs help keeping repeat offenders off the street. Chief Rodney Bryant met with reporters about the issue this afternoon in what APD calls a Conversation with the Chief.

ATLANTA - In a frank conversation with reporters Tuesday afternoon, Atlanta Police Chief Rodney Bryant said repeat offenders are one of the biggest challenges they face as a department.

"It becomes very discouraging when you find yourself faced with a person that you've arrested time and time again," said Chief Bryant.

Atlanta police leadership said they created a "Repeat Offender Unit" earlier this year. They shared arrest data from early June to early August that showed a list of 37 people whom officers arrested one day and jailers released a day or two later, including two murder suspects.

APD highlighted the case of Torry Wyche who was wanted for aggravated assault and lead an officer on a foot chase after a traffic stop June 25.

According to federal court documents, police found Wyche in possession of a Glock 17 and two extended magazines. Court records show the gun was reported stolen out of Lee County, Florida in November 2020. Wyche told investigators he had bought the gun at a gas station about a week and a half before.

RELATED: Gun incidents, homicides up in Atlanta over last year 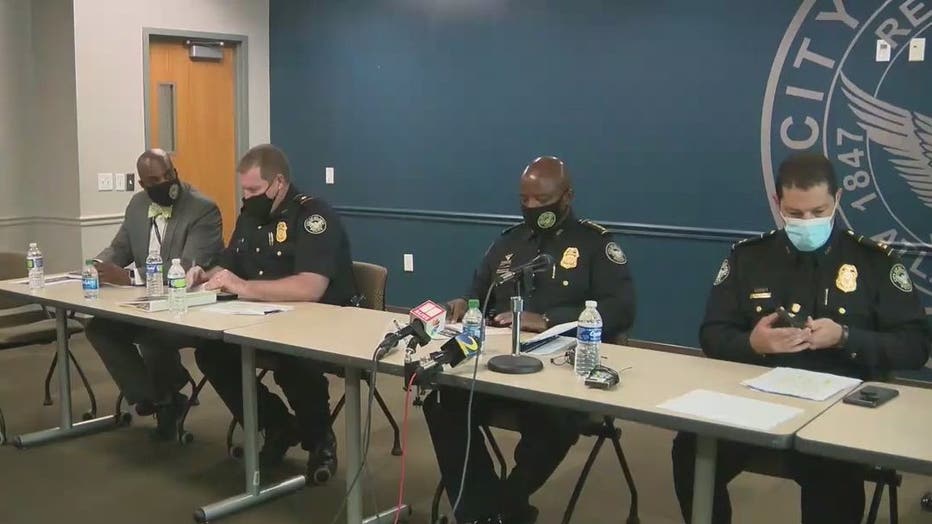 At the time of his arrest, Wyche was out on $250,000 bond for a felony murder charge in 2017. One of the conditions of his bond was that he not have any weapons.

Just a day after that chase, Wyche was released from the Fulton County Jail on a $20,000 bond.

"We are facing felons that get guns to go back and commit further crimes," said Chief Bryant. "This is where we need the assistance of our courts, our DA, our criminal justice system to help us get these individuals off the street."

Chief Bryant said part of the Repeat Offender Unit's role is to compile better case files for prosecutors to more easily identify repeat offenders and use that information in court proceedings.