Atlanta Mayor Andre Dickens promises roads will be easier to navigate now that the 'Pothole Posse' is back up and running. The relaunch is drawing praise from motorists, but criticism from bikers.

ATLANTA - Atlanta Mayor Andre Dickens is promising to make some big improvements to the city's street by bringing back a program aimed at fixing holes across the city.

Craters in the street are a common site on city roads and pose a major hazard to drivers.

"So many of the potholes have really only gotten worse since 2017 when I left," driver and Atlanta resident Jayke Watson said.

So the mayor has a plan to tackle the problem by bringing back the crew dedicated to fixing the street one pothole at a time. 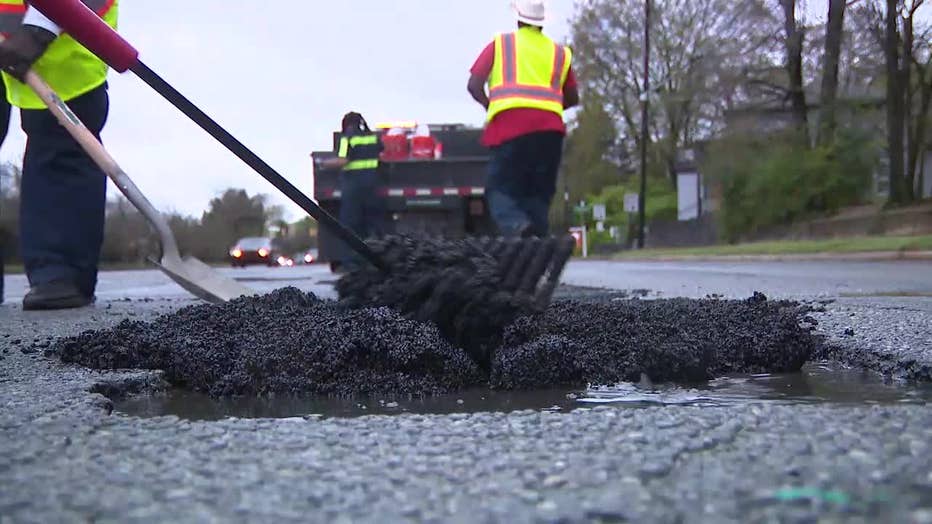 The mayor announced the plan during his first State of the City address.

"We're bringing back the Pothole Posse - go ahead and clap," Dickens said.

Mayor Shirley Franklin initially started the program several years ago. Dickens says his goal is to have the crews fill at least 30 potholes a day.

On Tuesday evening, crews were already at work repairing damage on DeKalb Avenue.

While some are excited to see the improvements, others say the plan isn't going far enough.

"It's really a Bandaid on a very major problem," Bike Law Georgia's Bruce Hagen told FOX 5. "We've got a lack of safe space for people to walk. Potholes are a temporary solution."

Drivers say they'll wait and see if the Pothole Posse can make a difference.

If you live in Atlanta and have a pothole you want to be address, call 311.