Pay raise for workers goes before the Atlanta City Council

The potential pay hike could increase trash pickup frequency throughout the city of Atlanta, as its public works department has suffered from labor shortages.

ATLANTA - It looks likely that Atlanta city government workers who are at the low end of the pay scale will get a raise.

It is because of an effort that is drawing wide support in the city council to hike the minimum wage from $15 an hour to $18.65.

The author of the legislation, Matt Westmoreland, said the goal is to enable employees to earn enough money so they can afford to live in Atlanta, albeit at today's prices that salary will only lease a modest apartment. 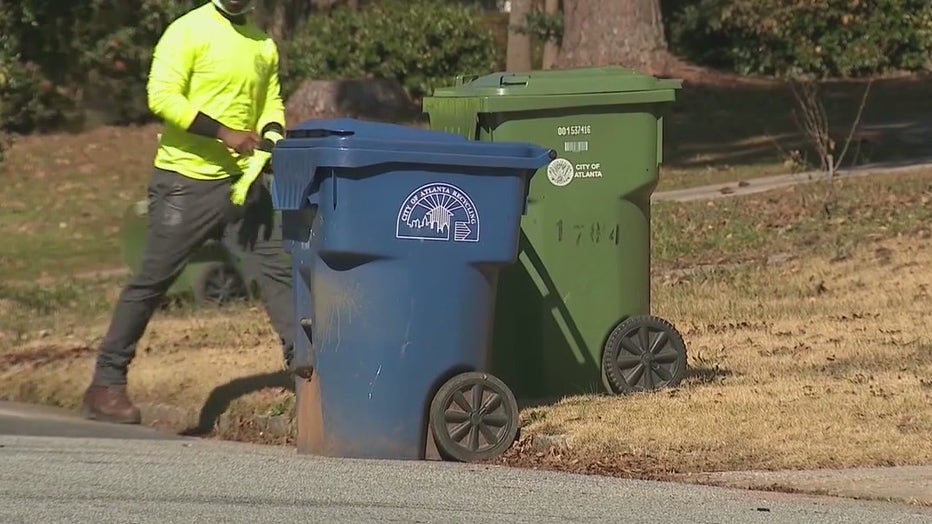 The city of Atlanta has been experiencing a shortage of sanitation workers during the COVID-19 pandemic. (FOX 5)

One group that stands to benefit is sanitation workers. Their numbers have dwindled in the government as private haulers have offered thousands of dollars to persuade them to go work for private industry.

The effort by Westmoreland could just convince them they have an alternative.

And if more trash collectors agree to stay on the job, it of course will help managers deal with an overflow of trash that is on the city streets.