Atlanta's sanitation department is short-staffed and having trouble keeping up with the demand, especially when it comes to yard waste collection. But the city is working on implementing several plans both in the short and long terms to keep up.

ATLANTA - Piles of trash and debris have been sitting on Atlanta curbs—in some cases—for weeks, but now a council member says there could be a new solution.

Neighbors from Inman Park to southeast Atlanta say the trash is regularly picked up late, if at all.

"Right now we've got bags out there. The bags are basically dissolving because we've had so much rain. It's been out there a couple of weeks," a neighbor who asked to speak anonymously said.

"In another week the stuff that's in the bags is going to have to get picked up and it’s just a never-ending cycle," he said.

For months neighbors have complained about trash and debris that sits on the curb for far too long.

The city faults a nationwide trash staffing shortage because of the pandemic.

"We're so far into it now, that that excuse kind of rings hollow, at this point," the neighbor said.

Councilwoman Natalyn Archibong says she fields these complaints, too. 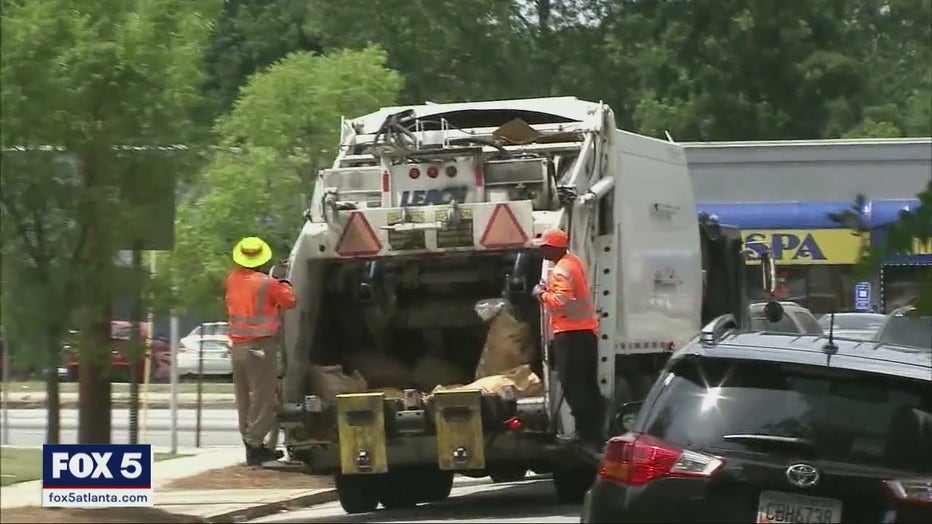 Sanitation workers with the city of Atlanta work their usual route to pick up trash and yard debris around the city on Sept. 20, 2021. (FOX 5)

"Two companies had submitted bids for emergency procurement to provide yard pick up for the city," she said. "We'll have 20 additional trucks and crews to help us address this yard trimming crisis."

The Bottonm Administration introduced the legislation for this emergency procurement.

The new trucks would be in addition to efforts from Atlanta’s department of public works. It says it has "hired temporary staff, extended work hours, developed recruiting and retention incentives" all to help with that national staffing shortage.

"We ask for continued patience as we address challenges," a Tweet reads. "Thanks to employees who’ve worked throughout the pandemic to keep our city going."

Councilwoman Archibong says she hopes to lay out a timeline of when those additional trucks will hit the streets at a meeting next Tuesday. She also says people in need of work should seriously consider applying for these kinds of city jobs.

She says the city is working on an upward mobility program that will get workers off the truck and into supervising positions.