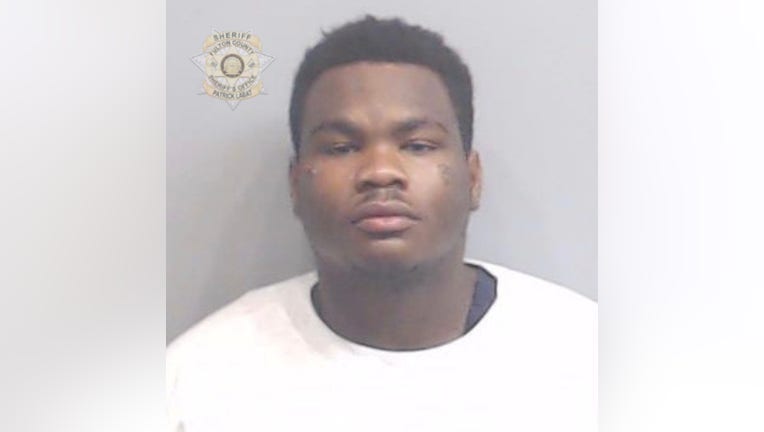 ATLANTA - The known gang member who is accused of shooting an Atlanta Police officer attempting to arrest him back in February has been presentenced for a 2016 conviction.

Christian Eppinger's first offender status was revoked after using a firearm to shoot an 11-year veteran of the Atlanta Police Department six time while he was being taken into custody.

The judge sentenced Eppinger to a total of 64 years on charges dating back to May 2016 when he was just 16.

Eppinger was sentenced to 20 years each for robbery and aggravated assault with a deadly weapon. He was also sentenced to five years each for possession of a firearm during commission of a felony, fleeing to allude, criminal damage to property, and interference with government property. He also received 12 months each for cruelty to children, running a red light, vehicles on right side of roadway, and obstruction.

As a first-time offender, the judge originally sentenced him to 10 years of which he served four in prison, according to records.

It is not immediately clear when Eppinger will be transferred to the Department of Corrections as he faces nearly two dozen other charges in Fulton County.

How did Christian Eppinger violate his probation?

Police said Eppinger was wanted in connection to an armed robbery along Cleveland Avenue in October 2021. According to a police report, he held a man at gunpoint and made off with valuable items, such as a Rolex watch.

He was charged with armed robbery, aggravated assault, possession of a firearm by a convicted felon, and being part of a street gang.

A felony theft by taking charge was tacked on to his growing list.

The shooting happened in February 2022 off of Old Hapeville Road in southwest Atlanta. A judge granted the suspect bond.

Officer David Rodgers, an 11-year veteran of the Atlanta Police Department, was with the city's elite Gang Unit on Feb. 7. Their task that day was to execute an arrest warrant for Eppinger, a documented member of YSL street gang on his new charges.

The team had tracked him to the 2600 block of Old Hapeville Road and around 1:15 p.m., officers moved in on the 22-year-old. As officers tried to take Eppinger in custody, investigators said he began scuffling with Officer Rodgers, eventually taking out a gun and shooting him six time. One of those bullets struck the back of the officer's head. 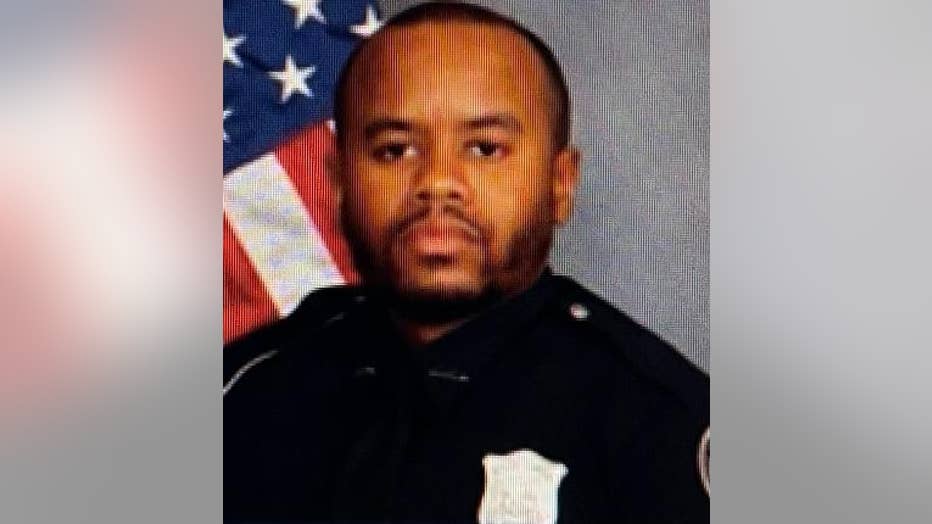 Eppinger wasn't expected to be released even if he met all the requirements and was able to secure the $330,000 for bond as he also faced violation of probation charges, but it was enough for Fulton County District Attorney Fani Willis to file an emergency motion for reconsideration of bond for Eppinger who she called "an extremely dangerous gang member."

During Thursday's hearing, there were questions from both of Eppinger's defense attorneys and the court about why the DA's office didn't present all of its information regarding his criminal history during the first bond hearing earlier this week.

By the end of the hearing, the judge set Eppinger's bond at $6.5 million on the charges he incurred during his arrest in February.

Judge Manning acknowledged that she's taking some heat for the initial bond saying her job is very hard, but she's fair.