GHSA Executive Director Robin Hines says that he can see high school sports happening this fall in Georgia even if students are not back in their classrooms.

"I can see that. There are some school districts where there's going to be a hybrid. There will be some kids at school and some kids that won't be at school." said Hines. "We feel like if kids are back in school we want them to have activities as well. It's important to remember that all activities are voluntary. Nobody is forcing somebody to do something that they don't feel comfortable with," added Hines.

On Monday, new GHSA recommendations went into place allowing high school athletes conditioning to take place with up to 50 coaches and players in each group and for the first time with footballs and basketballs to be involved.

"We want our focus to be on conditioning and we're still in conditioning. We're just allowing footballs, basketballs, those types of things. But there is no scrimmaging type activities involved. You can't play 7-on-7 yet. You can't go one-on-one in basketball," said Hines.

Hines said that conditioning is especially important this summer because student athletes have been at home for two and half months. "And many of them have been deconditioning for that entire time," said Hines. 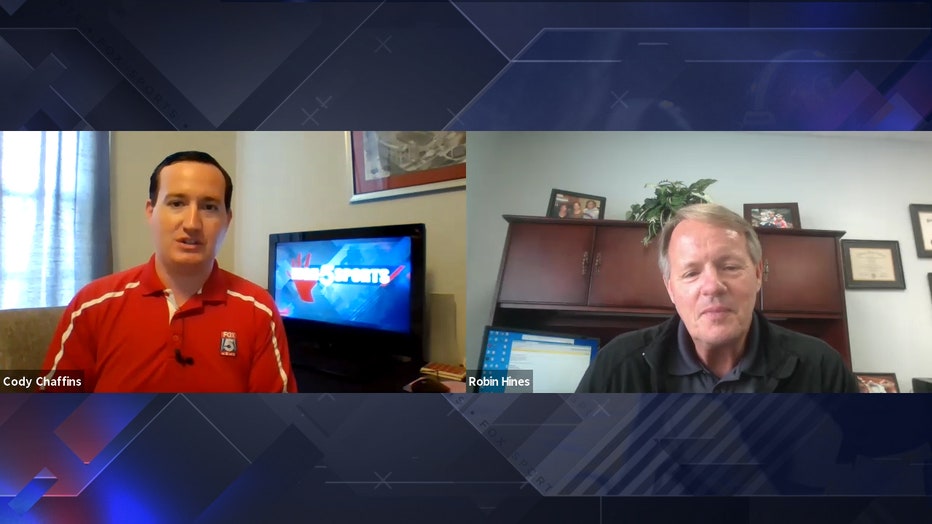 As for the next steps, Hines says that the current protocols will be in place until the dead week of June 28th through July 4th. Then he along with the GHSA's Sports Medicine Advisory Council will decide what's next. Hines added that each phase that the GHSA has taken so far has also been sent to and approved by Governor Brian Kemp. Local school systems are also able to be more restrictive if they choose, but must adhere to the maximum numbers restrictions and social distancing protocols that the GHSA has put in place.

"Things are different. These are uncharted waters that we are going into right now. I think everybody is wanting to get back to some normalcy as quickly as we can, but it is incumbent upon us to do it as safely as we possibly can," said Hines.

Hines said that the plan is still to start the fall sports seasons on schedule.