Team of the Week announced

LAWRENCEVILLE, Ga. - Central Gwinnett head coach Todd Wofford shakes his head when he thinks about the 342 points his Black Knights have surrendered so far in 2019.

"We've given up a lot of big plays," said Wofford. We've struggled with that and moved some personnel around to try to come up with the best 11 and last week was our best effort."

Before you question how allowing 49 points against Meadowcreek as a "best-effort," remember that the Black Knights were facing virtual playoff elimination in that game, down 21 points in the third quarter before the defense forced a huge turnover and the offense exploded to erase the deficit and scored 35 points of their own to beat the Mustangs 63-49. 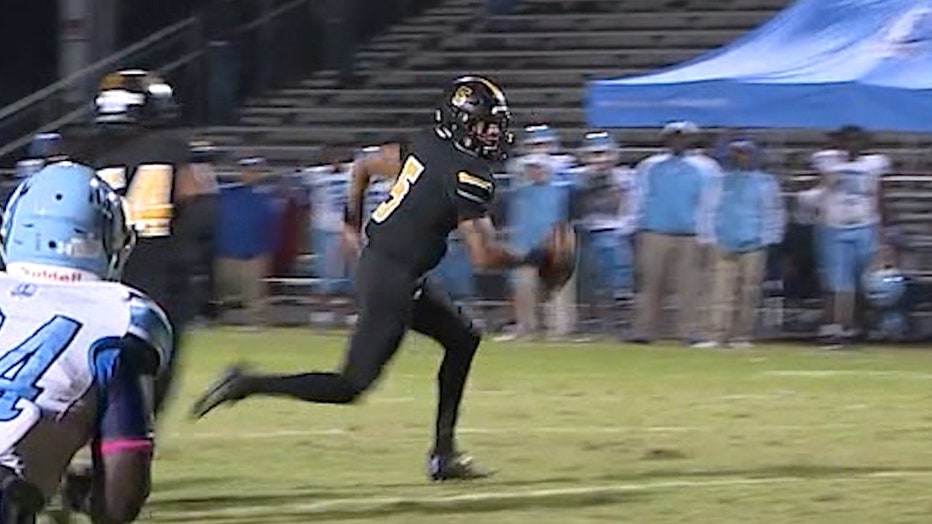 "A lot of things got going in the second half and we kind of turned it around- got the key stops when we needed them and scored off of those," Wofford told FOX 5 Sports.

That game was a microcosm of the Black Knights' season. Central had high hopes of starting fast behind the dynamic tandem of quarterback Skylar Adams and 4-star wide receiver Daejon Reynolds, but they lost their first five games before shutting out Lakeside 48-0. Since that cold start, the Black Knights are 3-2 in region play, and thanks to the come-from-behind win over Meadowcreek, sit in the driver's seat for the fourth and final playoff spot in Region 7-AAAAAAA. If Central fails to beat 8th-ranked Parkview on November 8th, they'll need the Panthers and Norcross to beat Meadowcreek in order to qualify for the postseason.

"Last week the fans and student body were behind us and going crazy the whole game," Wofford said.

That support for the team is one of the perks of being the oldest public school in Gwinnett County according to Wofford. Some of those fans will likely witness history in the team's final regular-season game as Reynolds attempts to set the Gwinnett County single-season receiving record held by former Mountain View receiver, and current Georgia Tech Yellow Jacket, Malachi Carter.

Central Gwinnett won this week's High 5 Sports Team of the Week award as a result of their stirring comeback against Meadowcreek, as well as their stout voting effort to beat out four other worthy schools on our Facebook voting poll.