You might want to bring an umbrella if you're heading to Piedmont Park for Music Midtown this weekend. Concertgoers will have to deal with a few showers from time to time but thankfully it won't be a complete washout.

ATLANTA - If you're heading to Music Midtown this weekend you may want to bring an umbrella.

Concertgoers to Piedmont Park this weekend will have to deal with a few showers from time to time but thankfully FOX 5 meteorologist Jeff Hill says it won't be a complete washout.

This year's festival is headlined by Maroon 5, Miley Cyrus, Jonas Brothers, 21 Savage and Marshmello. One planned headliner, DaBaby, was removed from the festival after he made crude and homophobic remarks at a Miami-area music festival.

The festival features a lineup of 30 bands and artists across four stages. It's the first edition of the Atlanta-based music festival, which was canceled in 2020 during the pandemic, since 2019. 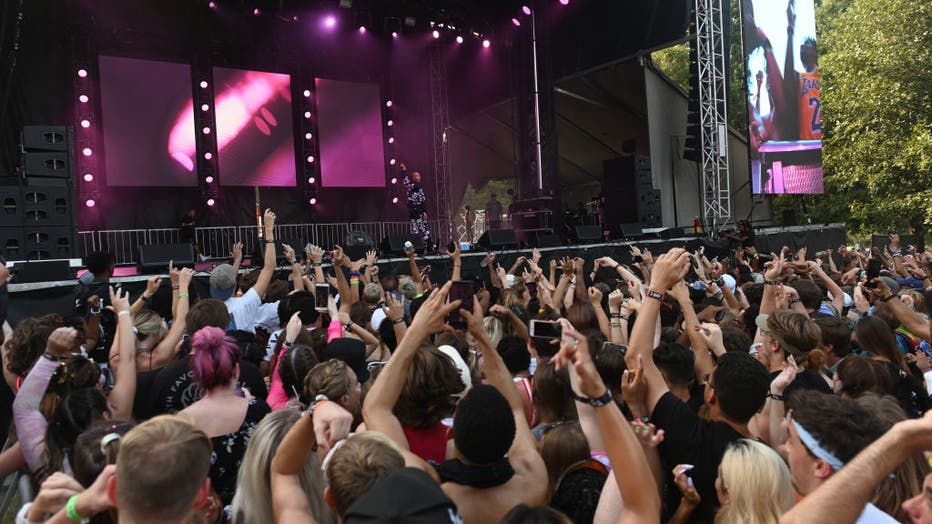 While Music Midtown has encouraged vaccinations, it will allow concertgoers who are not fully vaccinated to enter the festival with a negative COVID-19 test obtained within three days of first attending Music Midtown. All unvaccinated guests are requested to wear a mask at all times.