There will be milder temperatures today with a cloud and sun mix. We're tracking rain moving in after midnight through the first half of Thursday.

There could be more snow in Georgia less than a week after a winter snowstorm dumped several inches on northern parts of the state heavily.

Wednesday forecasts to be mostly dry before a round of rain moves in overnight into Thursday morning. A cold front will come through Thursday heading toward to Carolinas.

The kind of wintry precipitation Georgia could get depends on how much moisture returns on top of the cold air on Friday.

A winter storm system could bring more wintry precipitation this weekend. Breaking down what the models project about three days from now.

The chance of winter weather depends on if the storm system halts on the Atlantic coast. The cold air will already be in place, it's a matter of where the storm develops. 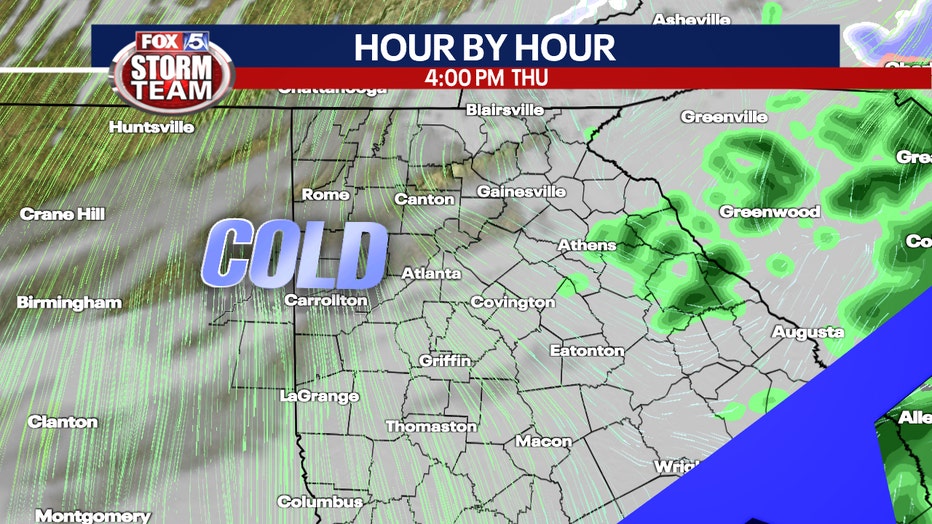 Models suggest that a wave will move up from the Gulf of Mexico Saturday and will tap into the cold air Georgia and other parts of the Southeast U.S. another shot at winter weather for the first half of the weekend.

On Tuesday, Euro models predict snow and ice north of Interstate 20 and a mix of rain farther south at the end of the week. 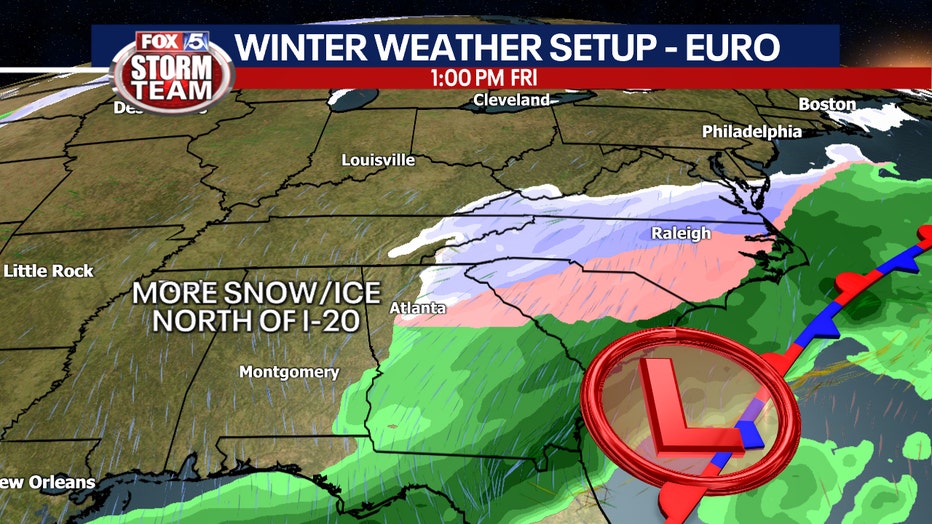 The snow coverage is more extensive in the Euro model. There could be more snow in northeast Georgia and north of Interstate 20. 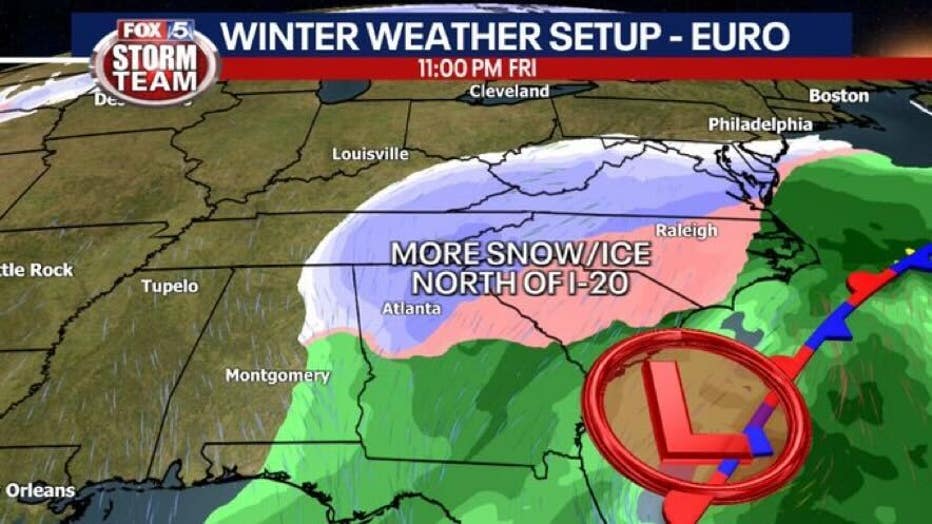 A look at potential ice accumulation shows eastern areas of the state could see up to .25 inches on Saturday. 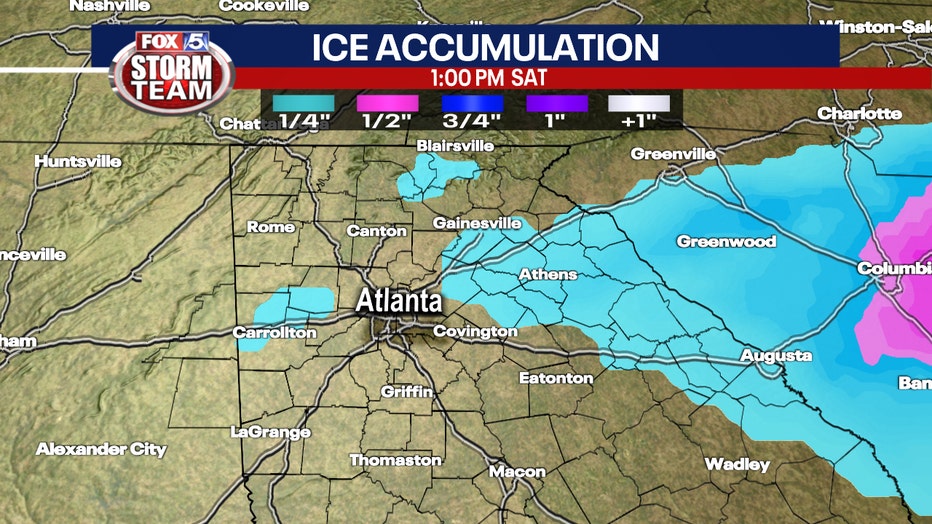 Heaviest projections of ice accumulation in Georgia on Jan. 22.

The GFS model has the wave scooting by to the north of Georgia, bringing mainly icy conditions to east-central Georgia before wrapping up early Saturday. 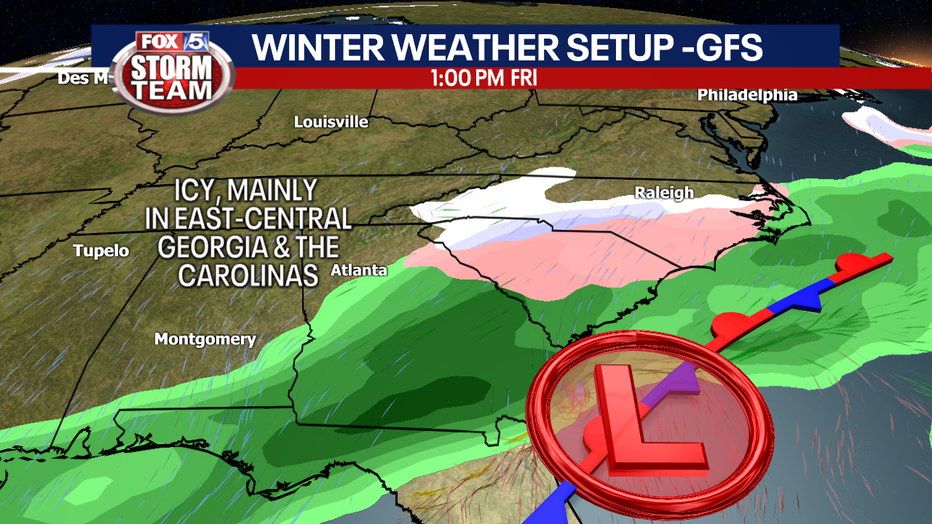 The GFS model shows an area of low pressure that could lead to wintry precipitation and some snow in Atlanta. There could be significant icing in Atlanta and areas south to Macon. 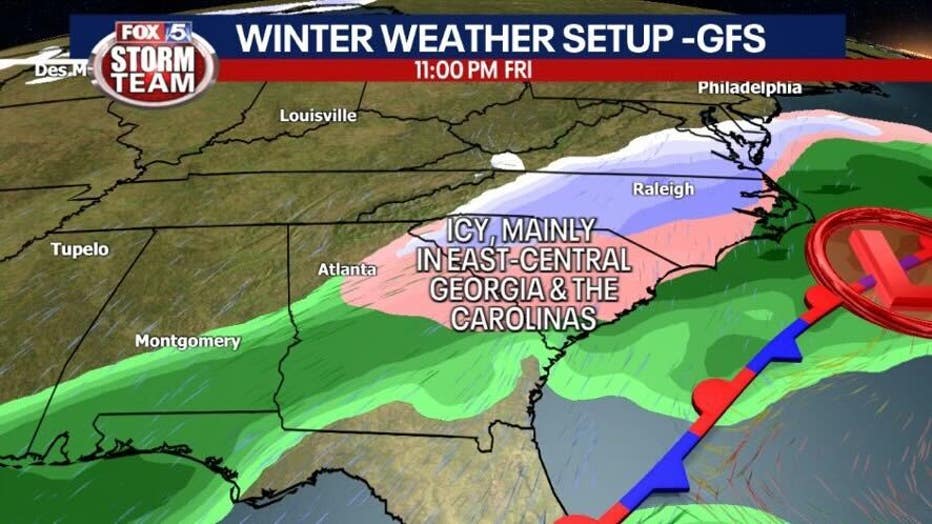