ATLANTA - When John Hurst looks back at his first season or two at West Georgia, it's hard to believe he could now catch a pass from Tom Brady in an NFL uniform.

The Cambridge High School product signed with Tampa Bay as an undrafted free agent last week, the second UWG player in the last seven years to sign with the Bucs.

"You’re a walk-on at a D2 school, you’re away from home and you’re on scout team, kind of a tackling dummy and stuff like that, and you’re like, 'Is this worth it? This is terrible,'" Hurst recalled to FOX 5 Sports. "But obviously I love the game of football, so I stuck it out."

Cambridge and UWG product John Hurst signed with Tampa Bay as an undrafted free agent last week, the second UWG player in the last seven years to sign with the Bucs.

Hurst said he walked on at West Georgia because "being a late bloomer, I didn’t have a lot of exposure out of high school." But soon after arriving on campus, he shot up to six-foot-one and 195 pounds. That's when those around him at UWG began to instill in Hurst that the NFL could be in his future.

As a first-team All-Gulf South Conference and All-Region player his senior year, he averaged 65.4 receiving yards per game and tied for second in the league with seven touchdowns and 40 catches for 654 yards.

After training with U48 in Gwinnett, Hurst grabbed scouts' attention with a 4.45 40-yard dash at his pro day, with West Georgia being one of the few programs to squeeze that showcase in for its players. 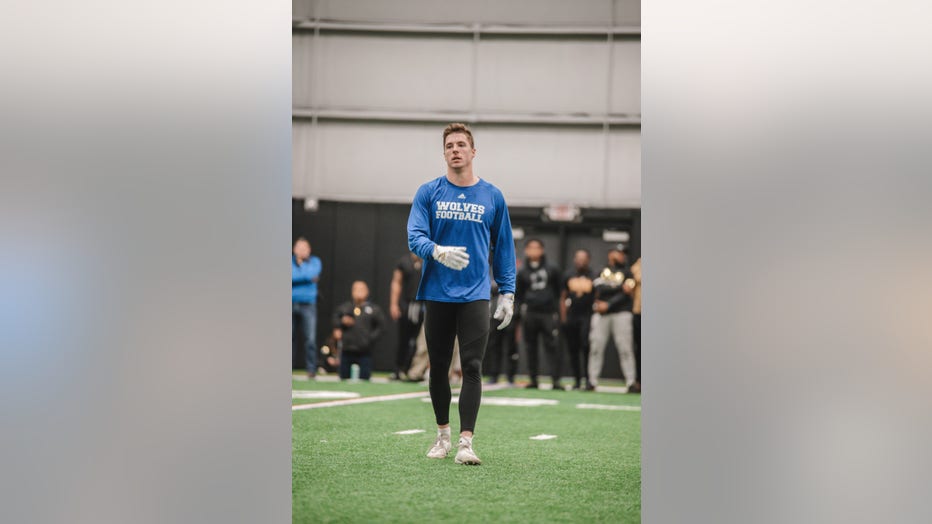 UWG and Cambridge High School product John Hurst was signed as an undrafted free agent by the Tampa Bay Buccaneers.

"Especially for small-school guys like myself, those pro days are just huge," Hurst said. "D1 guys, they have the exposure of playing on national television like every single week, and so they get the attention of a lot of scouts that way, and then they get to go to the Combine and these big all-star games and stuff like that. So the small-school guys, they’ve got their film, but really the pro day is what is so big."

Hurst credits his pro day performance with helping raise his profile as a NFL prospect, but he said seeing just three players from Division II and Division III programs selected in the 2020 NFL Draft made him feel even luckier for that pro day opportunity.

Through the pre-draft process, he only spoke with teams on the phone, not via video conferencing or in-person visits like a usual offseason. Six teams were interested in bringing him in after the draft, and Hurst said Tampa Bay always gave him the best feeling.

"They were high on our list," Hurst recalled. "That was a landing place we really wanted to go, but were just going to see how it played out on draft day and see what they decided to do. They offered, and we were all over that when that happened." 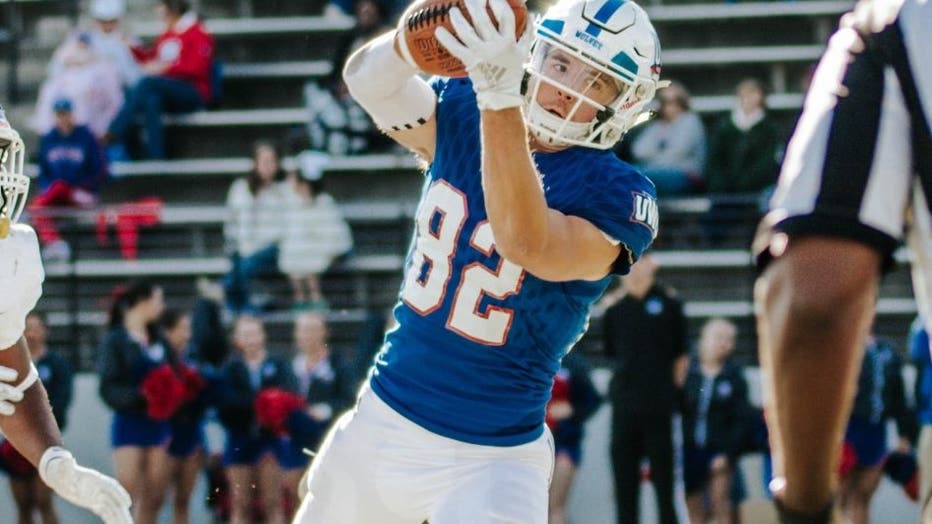 Putting pen to paper on his college free agent contract was a moment he'll never forget.

"It was an indescribable feeling. It’s something you dream about ever since you’re playing football in the backyard with my brothers and stuff like that," he said. "And honestly, too, it was a relief. You’re watching the draft with your family, and it’s a long three days when you don’t hear your name in the draft and you don’t know exactly what’s going to happen."

Due to NFL team facilities still being closed, all the learning and contact he has with his fellow rookie teammates is all virtual. Hurst said he feels like he's getting well-prepared during the virtual sessions and learning the playbook remotely, but he now understands what his family has been complaining about the last month as they have all worked from home during the coronavirus pandemic.

"They say how terrible it is and I’ve never really experienced that until this past week, and I’m like I can kind of relate with you and it’s kind of exhausting," he said, laughing. "Nothing beats that face to face."

That being said, he can't wait to get that face-to-face contact with some of his new teammates, like Tom Brady and Rob Gronkowski. 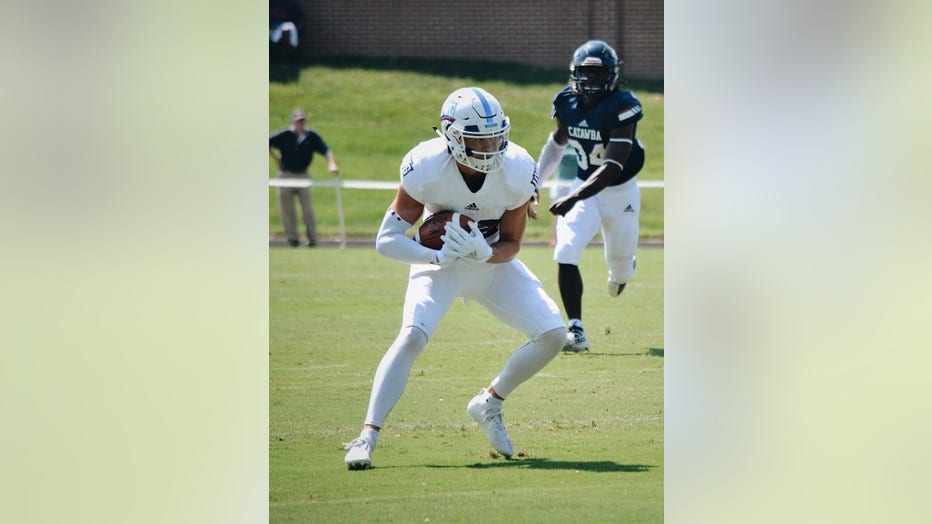 "Yeah it’s definitely surreal. I mean thinking about it, there’s absolutely no other place I’d rather be than Tampa Bay. It’s just an incredible opportunity to play with Tom, Gronk, Mike Evans, Chris Godwin. I mean, there’s so many legends on that team. I’m excited to learn from them. They have so much experience and knowledge and it’s just going to be cool to be around those guys," Hurst said. "So I’m definitely excited, whether it’s catching touchdown passes from Tom Brady or playing on special teams, whatever it may be, I’m just super excited."

Hurst said he's ready to contribute however he can, but he expects to vie especially for a role on special teams, something he did at UWG.