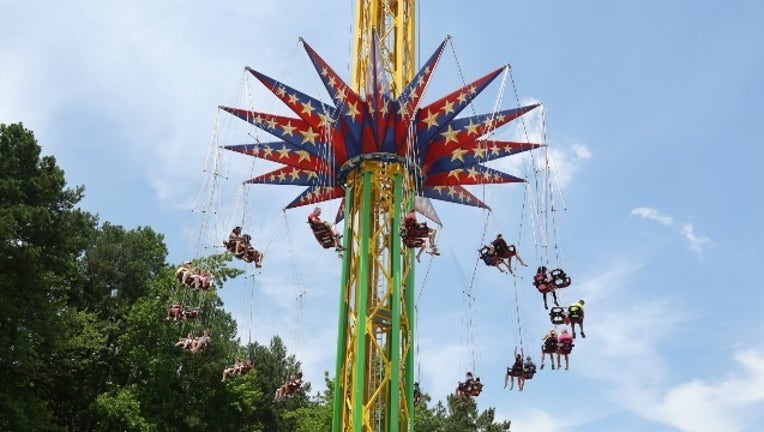 ATLANTA - The stakes for the Atlanta Falcons vs. New England Patriots matchup just got higher: two Six Flags theme parks have made a wager on which team will win the Super Bowl.

According to a press release, Six Flags Over Georgia in Atlanta and Six Flags New England in Massachusetts have agreed to rename one of their swing rides, as well as serve a signature food dish, if their team loses.

If the Falcons lose, Six Flags Over Georgia will have to rename their SkyScreamer to the Patriots SkyScreamer and serve New England clam chowder to all season dining pass guests during opening weekend on March 11 and 12. The park’s president, Dale Kaetzel, will also have to ride the Patriot SkyScreamer, with a Patriots flag attached, while wearing a Patriots jersey, the release said.