ATLANTA - Football players hoping to get picked in the NFL Draft -- like so many of us -- have spent a ton of time lately on video conferences. Former Alabama and Roswell High School safety Xavier McKinney is certainly one of them, and he put a lot of effort into acing the interviews.

McKinney is seen as a likely first round pick Thursday night during the NFL Draft. Because of the coronavirus, teams were not allowed to bring in prospects for visits; nor did most colleges get to host Pro Days, where players could interact with NFL coaches and scouts.

That's led to plenty of video conferences, where there's a lot of getting to know each other, but also aspects intended to put players to the test. 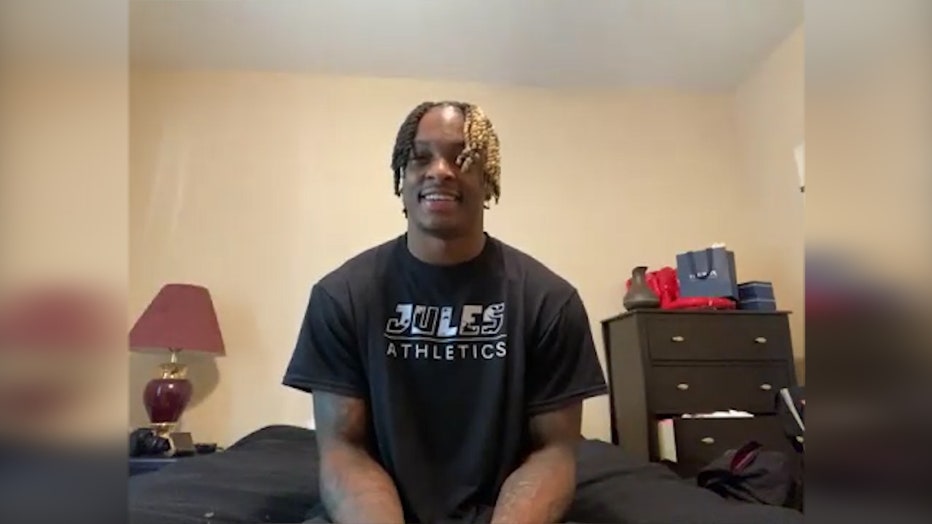 Former Alabama and Roswell High safety Xavier McKinney is expected to be a first round pick in the NFL Draft.

"I'll have meetings with a position coach, and they'll actually go over installations of their defense," said McKinney about one part of the video calls that has happened several times. "They'll install a defense, then the next day, I'll come back the next morning and kind of just relay to them what we went over. They do that to see how fast you can learn and if the system would be good for you."

McKinney seems to have enjoyed those challenges, and spends extra time after the interview studying to make sure he aces the follow-up call.

"To me, it's kind of like homework," said McKinney. "They do quiz you the next day, but the day we go over it as soon as we get off the phone, I'll pretty much rewrite it on another sheet of paper so it's all in order, has all the formations, all the plays. I'll study it, then at night study it again, then before I get on the phone with them the next day I'll study it again."

Another way COVID-19 is impacting the Draft is how the players will experience it. The in-person event in Las Vegas is off, so players will all be at home waiting to be picked. The watch parties won't be crowded events with tons of people, to avoid breaking social distancing guidelines. McKinney says that is no problem for him.

"Going to try to make it as safe as possible for everybody," said McKinney. "My circle is pretty tight already. The main objective is to make sure everything stays safe, everybody is a certain amount of feet away from each other. I'll have the set up at my house, with hand sanitizer, masks, gloves so things don't get crazy."