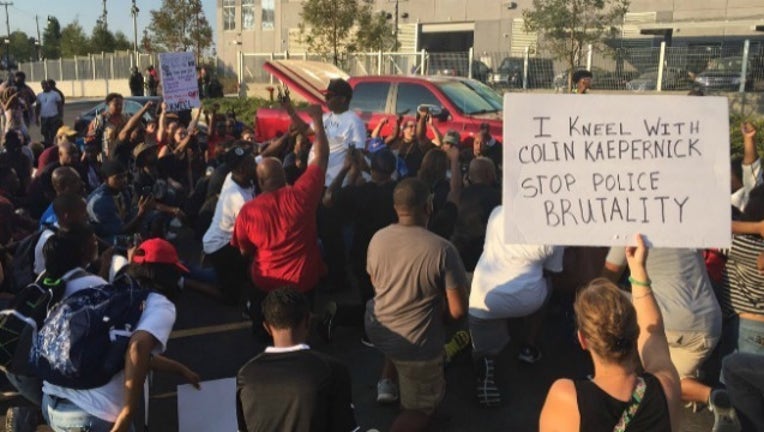 ATLANTA - President of the Spelman College chapter of the National Action Network, Mary-Pat Hector organized the march.  Hector said the protest is bigger than Kaepernick; it’s about what he kneeled for.

“Black and brown bodies in our country are being disregarded and that they are important and that they do matter and we want to support Kaepernick’s message,” said Mary-Pat Hector.

Once arriving at the Mercedes-Benz Stadium, the crowd of students, community members and leaders, knelt down in front of the new stadium, chanting “Let him play” and “United we stand, divided we fall.”

“With social media, you get to see these killings live in HD, so that shakes and troubles people consciousness and it moves them to act,” said Marcus Coleman, Founder, and CEO of Save Ourselves.