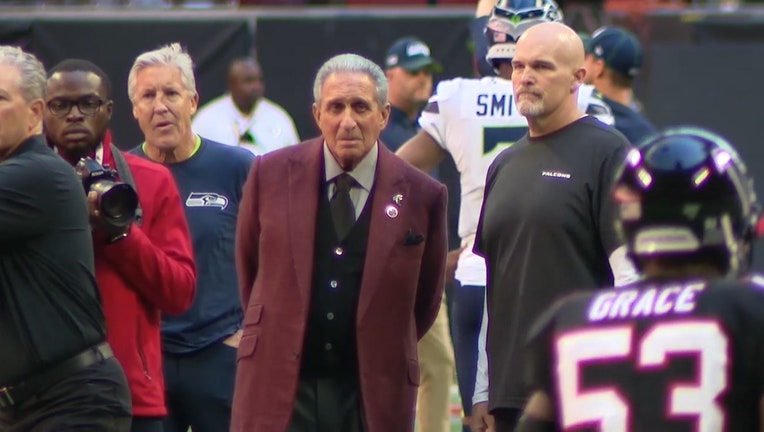 Falcons owner Arthur Blank and Dan Quinn watch their team warm up before a game during the 2019 season.

ATLANTA - The NFL announced Monday they are canceling games set to be played outside the United States during the 2020 season. The Atlanta Falcons were set to play a game overseas as one of their home games, reportedly against the Denver Broncos in London.

"After considerable analysis, we believe the decision to play all our games domestically this season is the right one for our players, our clubs, and all our fans in the US, Mexico and UK," said NFL Executive Vice President, Chief Strategy and Growth Officer Christopher Halpin on the league's website.

The Falcons game against Denver, which had reportedly been planned to be played at Tottenham Hotspur Stadium in London, will now take place at Mercedes-Benz Stadium.

The Falcons said in a statement they learned about the change on Monday.

"As details are being finalized with the NFL, we are currently working through an additional game slated for Mercedes-Benz Stadium and will release more information for fans tomorrow," said the team in a statement.

The NFL says it plans to play games in England and Mexico during the 2021 season.