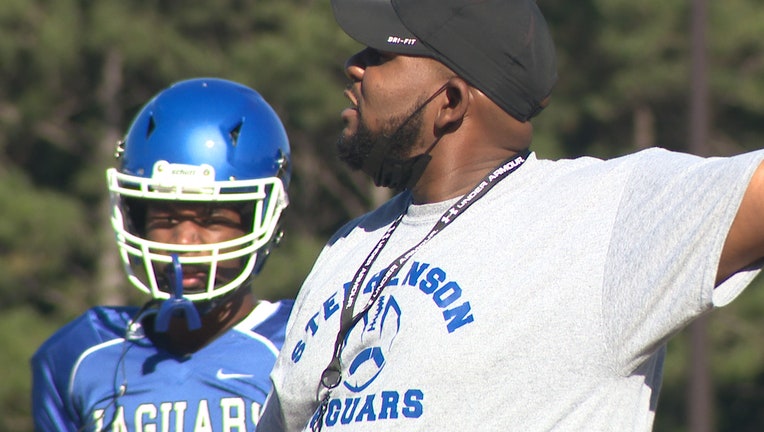 Marcus Jelks is taking over at his alma mater, and replacing the coach he played for when he was in school

STONE MOUNTAIN - Coach Ron Gartrell started Stephenson High School's football program in 1996. 25 years later, one of his players on that 1996 team is succeeding him as head coach of the Jaguars.

"Being on the field that I was once on running around as a high school athlete feels great," said new Stephenson head coach Marcus Jelks. "Coach Gartrell laid the foundation for Stephenson High School football and we want to carry on that tradition."

Jelks is taking over the Jaguars program after Gartrell announced his retirement in February. Jelks was most recently the head coach at Lithonia High School, and says he's wanted to coach at his alma mater since he was a high school athlete himself.

"I had different opportunities throughout the years," said Jelks, "but Stephenson High School was a place that was near and dear to my heart. I knew if I was going to go anywhere else, especially in DeKalb County, that this is where I wanted to be."

Jelks says he considers Gartrell a mentor that he will continue to lean on. He pointed out that Gartrell only had one sub-.500 season with the Jaguars: his first one in 1996.