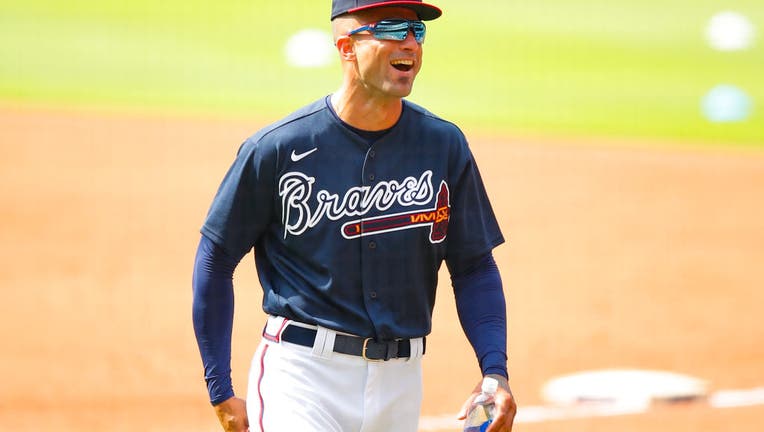 ATLANTA, GA - JULY 03: Nick Markakis #22 of the Atlanta Braves reacts during the first day of summer workouts at Truist Park on July 3, 2020 in Atlanta, Georgia. (Photo by Todd Kirkland/Getty Images)

COBB COUNTY - Braves outfielder Nick Markakis is rejoining the team after initially deciding not to play this season.

"Deep down, it just didn't sit well with me," said Markakis.

The veteran make his original decision during the team's summer camp, citing converns over COVID-19. Markakis said at the time that talking with Freddie Freeman, who had coronavirus, influenced his decision. After spending the beginning of the season watching on TV, Markakis rethought things.

The 36-year-old hit .285 last season, his fifth with the Braves. He says talking to his family helped him feel comfortable getting back on the field.

"It was nice to be home with the family," said Markakis. "I know my family, my wife and my kids, wanted me out here more than anything. I know there's challenging times out there right now."

Markakis worked out Wednesday at the team's minor league facility in Gwinnett. He says he plans to work hard to be ready to rejoin the team as quickly as possible.

"Sitting at home, watching these guys compete, all the risks they're taking going out there," said Markakis. "Deep down the pit of my stomach, I felt like I needed to be out there. I had the opportunity to be welcomed back, now here I am."