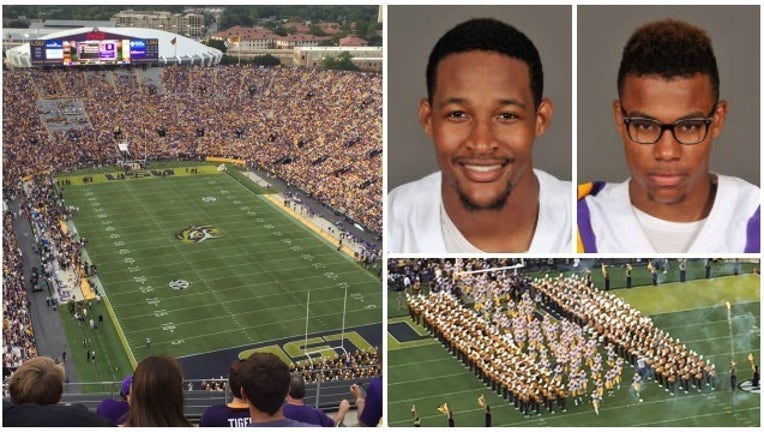 BATON ROUGE, La. - Another win for the SEC after two LSU football players scored big with incredible move they made... OFF the field.

According to foxsports.com, quarterback Brandon Harris and wide receiver Malachi Dupre rescued a little boy and his mother from a car submerged in water Sunday night.

The two players didn’t just help the family get out of the vehicle; they also recovered insulin for the child, who is diabetic.

On Tuesday, Head Coach Les Miles, who is incredibly proud of his players, spoke about the rescue.

"That was Brandon Harris and Malachi Dupre doing good things on their own, without direction," said Miles. "In fact I'd have probably told them to stay out of the water. The truth of the matter is they knew better."