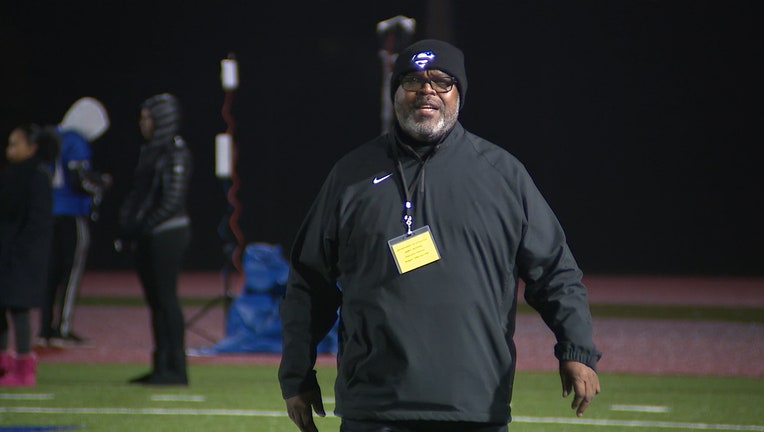 Gartrell started the Stephenson program when the school opened in 1996 and has been the head coach since.

He has won 243 games overall, 208 at Stephenson, won 10 region championships and his team's have not missed the playoffs since 1999. Gartrell ranks 33rd in Georgia high school coaching history in wins. He is second in DeKalb County Schools history behind legendary SouthWest DeKalb coach Buck Godfrey.

Prior to coming to Stephenson, Gartrell was head coach at Shamrock High also in DeKalb County for eight seasons.

"It was a big decision. Probably the biggest decision I've made in a long time. Just ready to go. There's no specific reason. My health is OK, my mind is solid, I still love working with kids, but after all these years, it's time for someone else to take over," said Gartrell.

Stephenson has become one of the most successful high school programs in the country when it comes to sending players to the NFL. Gartrell says nine of his former players were under contract with an NFL team in 2020.

Gartrell's program also prides itself on getting a large number of its players on college scholarship.

"Everybody talks about the number of kids we get into school on scholarship. We've gotten a lot of them. Even back to my Shamrock days, we had some really good guys to go to school. Here I can't even start naming them. I think my legacy is going to be that I treated everbody fairly. I love the game. I'm a fan of the game as well as a coach of the game. And I wasn't a bad player when I plyed," said Gartrell.

When it comes to Gartrell's replacement, the coach would like to see someone come in who understands the culture at the school and the strong alumni association. Gartrell had four of his former Stephenson players on his coaching staff this past season and there are also Stephenson alums coaching other places and Gartell said he would like to see one of them be the next coach.