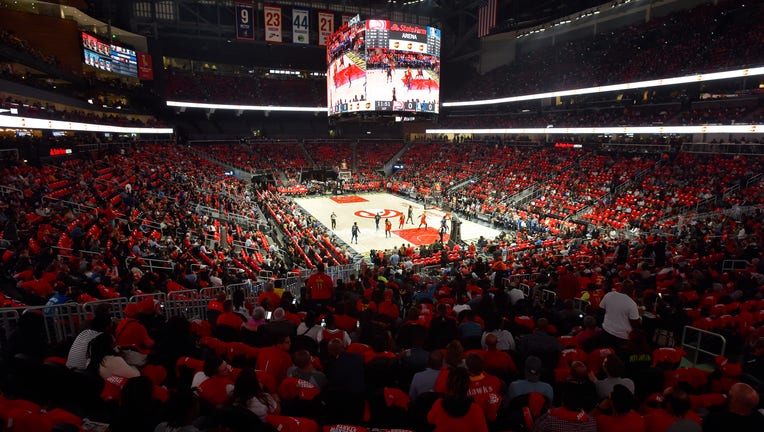 OCTOBER 24: Fans attend a game at State Farm Arena between the Dallas Mavericks and Atlanta Hawks in Atlanta, GA. (Photo by Austin McAfee)

ATLANTA - The Atlanta Hawks are planning to allow more fans in State Farm Arena during the postseason.

The team announced on Monday they will let 7,625 fans into their arena during the playoffs, up from the current limit of 3,000 fans allowed to attend.

"We are excited to safely welcome more fans back to State Farm Arena for our postseason run," said Hawks CEO Steve Koonin in a release from the team. "A significant percentage of our members, staff, and fans have been vaccinated and are eager to support our team together as we appear in the postseason for the first time in four years."

The Hawks have guaranteed a top-10 finish in the NBA's Eastern Conference. This season, teams finishing seventh through 10th will take part in a play-in tournament to make the traditional eight-team playoff field.

As of Monday morning, the Hawks are fifth in the Eastern Conference, but could quickly move up or down the list. They are 1.5 games behind the Knicks for the fourth seed, which would give them home-court advantage in the first round of the playoffs; but they are also only a game ahead of the Celtics, who are currently seventh in the standings.