MARIETTA, Ga. - It has been over three years since Greg Biffle felt the butterflies of preparing for a Sunday NASCAR race, but they're back.

Biffle was a part of the field that raced at a virtual Texas Motor Speedway Sunday.

Georgia company shines with the rise of eNASCAR

With the emergence of eNASCAR during the COVID-19 pandemic, drivers are turning to online racing through the platform iRacing.

The steering wheel and pedal control setups can vary from driver to driver. Some are very basic, but the Rolls Royce of setups comes from the Marietta based company SimCraft.

They built the setup that Denny Hamlin won the first Pro Invitational Series race with a couple of weeks ago.

"The first televised broadcast was last week. Denny Hamlin won in our [SimCraft] equipment. I was at home with my family watching that race. That was a big thrill for this small company," says Sean Patrick Macdonald, the co-founder of SimCraft. 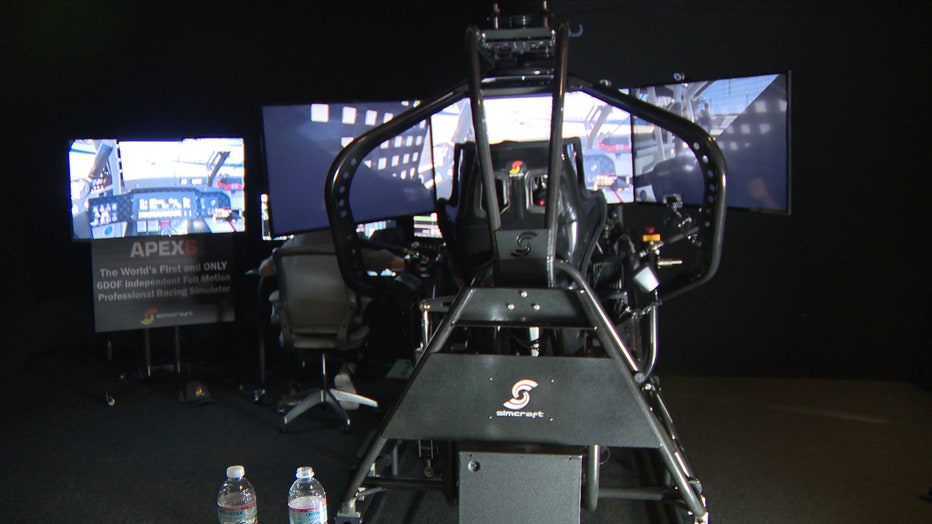 "I was shocked last week when I watched it on TV. What an incredible job they've done by televising this and how realistic it is. Jeff Gordon and those guys calling the race. It was absolutely phenomenal," says Biffle.

And as real as the race felt watching from home. It felt just as real to Biffle racing in this setup.

"I am completely shocked to get in this thing and drive it for the first time, this actual machine, and see how realistic it is. It's incredible how far the technology has come in such a short amount of time. I know they're going to have their work cut out for them because a lot of people are going to want these rigs," says Biffle.

"The motion technology that I've been working on for 15 years is completely different from anything that has ever been built before. We just released what's called 'full-motion' All 6 degrees of freedom are represented in our technology and that's why Greg can feel the car," says Macdonald.

On Sunday Biffle was an old dog trying to learn new tricks. His 19 career cup series wins went out the window when it came to iRacing.

"I picked up a lot. Saved the tires, did all this stuff in the race. Pit stops went great. Just a lot to take in in a short amount of time," says Biffle.

Near the end of Sunday's race at virtual Texas Motor Speedway, Biffle got tangled up with one of his old adversaries Clint Bowyer. It led to a virtual Pit Road scrap.