Head coach Shawn Elliott announced the standout quarterback will serve as an offensive assistant coach and work primarily with Panthers running backs, also spending time with the quarterbacks and receivers.

After earning his degree in education last week, he knew he wasn't done at Georgia State.

"I've known that I wanted to coach since ninth grade. I knew I always wanted to be part of football," Ellington said in a team release. "I really appreciate Coach Elliott for this opportunity, and I'm excited to learn from the great coaches that we have on the staff." 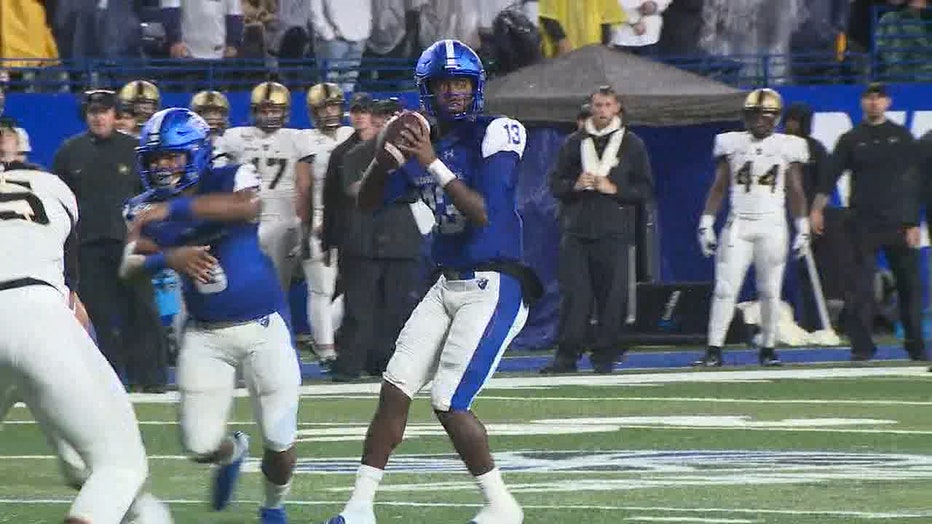 During his senior season in 2019, Ellington passed for 2,447 yards and 22 touchdowns and rushed for 668 yards and six scores to lead the Panthers to seven wins and a bowl berth. He'll also be remembered by Panthers faithful for leading them to a season-opening 38-30 victory at Tennessee last year.

"Dan Ellington is going to bring everything that he brought to the field as a player to our coaching staff," Elliott said in a team release. "He's very tough, he's got great love for the game and great knowledge. And he's got an unbelievable personality that people gravitate to, which will help us tremendously in recruiting."

Ellington started at QB for Georgia State the last two years and was named a two-time All-Sun Belt Conference selection, finishing with the highest career completion percentage in GSU history (62.0 percent) while ranking second with 34 touchdowns passes. He ranks third in every other career passing category, including 4,566 yards passing on 401 completions with just 13 interceptions. He also ranks fourth on the program's career rushing list with 1,293 yards and 11 touchdowns.

"More than anything, I want to help bring a Sun Belt Championship to Georgia State," Ellington said. "That was the goal as a player, and now it's the goal as a coach."