Asher Willig has taken a lot of cuts in his four years.

“We were out there everyday. Even in the rain some days,” says Cory Willig.

“And when daddy goes to work I hit off the tee,” adds Asher.

Recently those practice seasons were at their house in Lawrencevilel, until May 1st when the state’s shelter in place order was lifted and Asher could take his game to a real diamond. 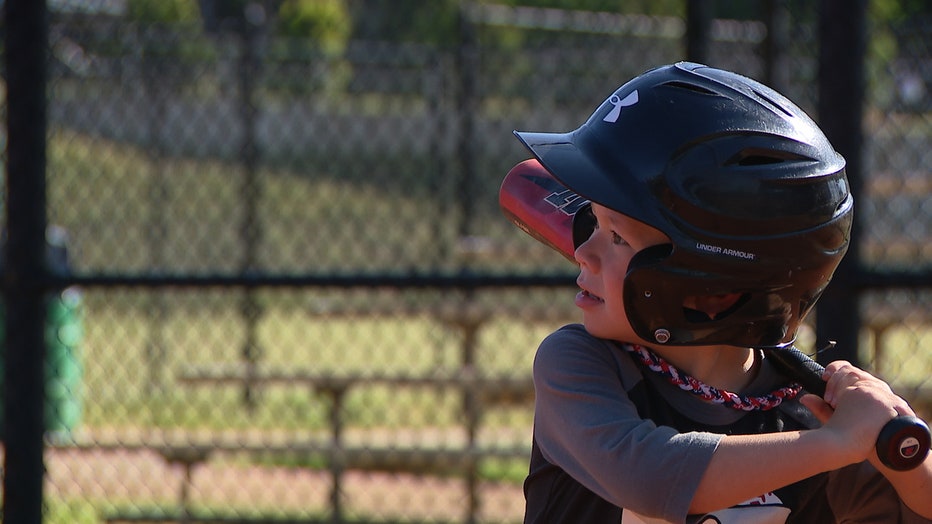 On their first day out. After 25 pitches of warming up

“At that particular instance, adrenaline was pumping a little bit,” says Cory.

But take a look at Asher. He acts like he’s done it hundreds of times.

There is a pretty sweet bat flip. And where could that have come from?

The video has exploded.

“Me and my wife sat down and we were looking at each other and we were like ‘again, it’s happening again?’” says Willig.

Again because just before Asher turned two one of his hitting videos landed him a spot on the Tonight Show.

So what is it about this baseball family?

Yes that’s part of it, but Cory thinks he knows another reason why.

“I think it resonated for the simple fact that it was a moment of joy, genuine joy that people could look at and see and feel like things are going to be alright,” says Cory.

A great message in a tough time around the country.