ATLANTA - The Falcons will jet across the pond to face the Jets on Oct. 10.

The NFL made the announcement Wednesday morning that the Falcons will face the Jets in London as part of the NFL’s International Series. The game is set to be played at Tottenham Hotspur Stadium and will kickoff at 9:30 a.m. Eastern Time.

This will be the Falcons' second game played in London. Their other contest in the UK came in 2014 against the Detroit Lions. 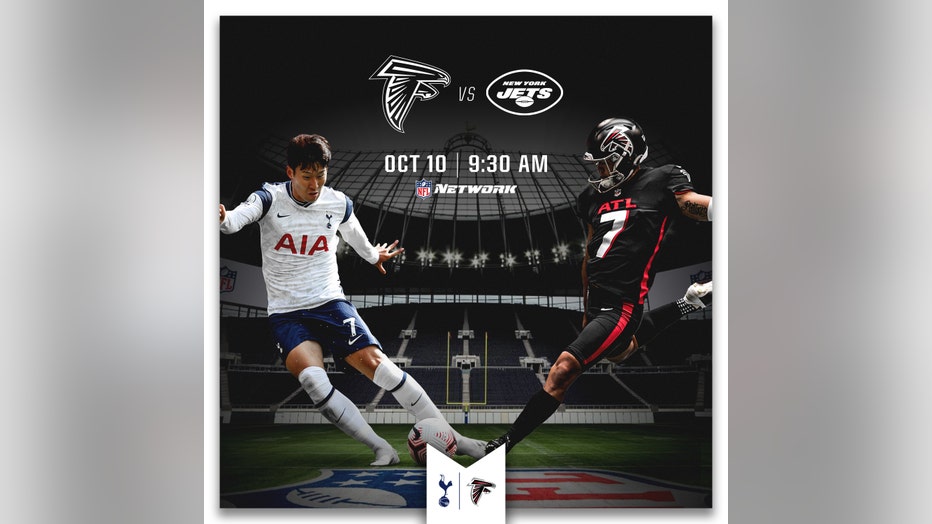 The Falcons were originally slated to make a trip to London to play the Broncos in 2020, but due to the COVID-19 pandemic, that game was moved to Mercedes-Benz Stadium.

Earlier Wednesday morning on Good Day Atlanta, the Falcons' season-opening game against the Philadelphia Eagles on Sept. 12 was announced. That game will be played on FOX 5 Atlanta, the official television partner of the Atlanta Falcons.

The remainder of the 2021 regular season schedule is set to be released by the NFL at 8 p.m. Wednesday.

The Falcons' 2021 opponents are already set, with only dates and start times left to be announced. In addition to the Eagles, the Falcons will play home games against the Washington Football Team, Patriots, Jets, Lions, Saints, Panthers and Buccaneers.

Falcons to face Eagles in 2021 season opener on FOX

The Falcons will play away games against the Bills, Cowboys, Dolphins, Giants, 49ers, Jaguars, Saints, Panthers, and Buccaneers in 2021.