FLOWERY BRANCH, Ga. - Only 15 workers were allowed at the Falcons' Flowery Branch facility for its re-opening Tuesday, but it was a start.

Four or five rehabbing players have been keeping the lights on since the NFL ordered all team facilities shut down March 25 to further efforts of combating the COVID-19 pandemic. 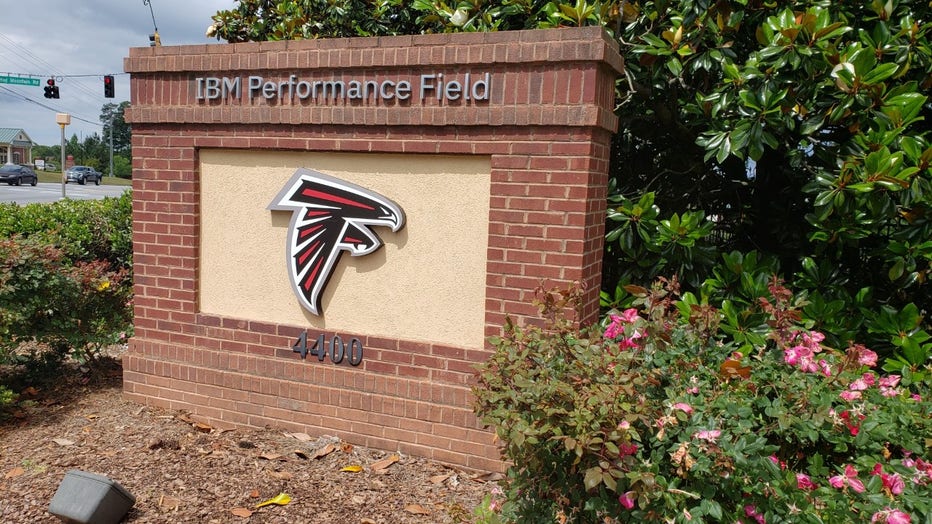 The Falcons' Flowery Branch facility re-opened Tuesday to 15 of its operational personnel.

The 15 staff members returning to the facility have operational duties, and Falcons president Rich McKay said the organization hopes to increase that number to 20 people by Friday and 30 by next week. From there, the Falcons will reevaluate how safe it is to allow more staff to resume working at the facility.

McKay said it would be at least three more weeks before a "second phase" when coaches would be allowed into facilities, which is a NFL-wide decision. Players coming back to the facility would be the third phase.

Players with pending physicals, like running back Todd Gurley, are still not allowed at the facility either until the NFL lifts its travel ban.

The guidelines at the Falcons facility include only one entrance that workers can exit and enter, social distancing, having their temperature checked at the door and other screening questions, mandatory mask-wearing unless working alone in a closed room, and closing the cafeteria and team meeting rooms.

Mercedes-Benz Stadium, however, will remain closed until June 1, with the exception of essential staff like security and engineers. McKay said they are focused on getting their personnel back into the team facility before thinking about the prospect of games with or without fans in August.

"One thing we've worked on is working on what we know is right in front of us, and right in front of us right now is trying to get our facility open," McKay said. "What may happen in training camp or what may happen in the preseason (isn't under our control). We have the benefit of time. We have the benefit of there are other sports that are trying to figure this out as we go. And so I think for us, we're not getting caught up in that, because in our mind, that's pure speculation. And we would be trying, really, to have answers in certain situations where we might not even know the question. So we're trying to learn from others and not trying to get ahead of ourselves."