Offensive lineman Jalen Mayfield became an Atlanta Falcon Friday night with the No. 68 overall pick in the 2021 NFL Draft. 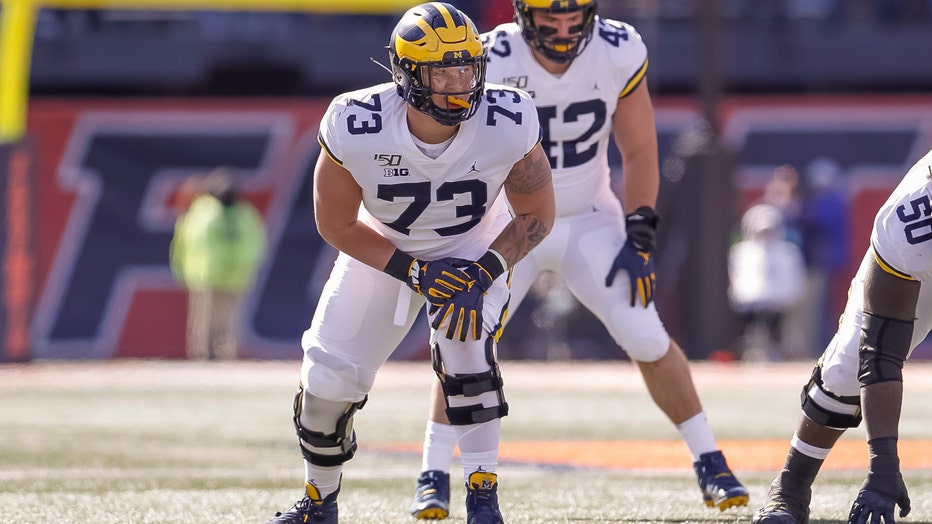 CHAMPAIGN, IL - OCTOBER 12: Jalen Mayfield #73 of the Michigan Wolverines is seen during the game against the Illinois Fighting Illini at Memorial Stadium on October 12, 2019 in Champaign, Illinois. (Photo by Michael Hickey/Getty Images)

The 6-foot-5, 230-pounder could fill a void at left guard for the Falcons. He said he is comfortable switching to guard, though Mayfield also said he's never taken a game snap at the position.

Mayfield, 20, is known for his athleticism, quickness and toughness up front. He's viewed as a raw prospect with high potential to many because he only played 1,000 snaps at right tackle during his three seasons at Michigan. Mayfield suffered a high ankle sprain that cut his final season in Ann Arbor short. He appeared in 18 games with 15 starts. But, he said he is past that injury and ready to play in Atlanta.

Falcons address secondary in second round with S Richie Grant

"He said they like the way I play. I really fit their style: Somebody who's physical, somebody who loves to finish to the whistle," Mayfield said. "I'm excited to get into an offense that really wants to display their physicality, and I feel like it's a great fit for me, somebody who has the same mindset as me up front."