A crowd gathered at the site of the former Wendy's restaurant where Rayshard Brooks was fatally shot one year ago.

ATLANTA - A crowd gathered Saturday afternoon at the site where Rayshard took his last breath to remember his life one year after his death.

There were many chants of ‘No justice, no peace.’

Those gathered shouted Brooks’ name as they tossed roses over the fence and released balloons where the Wendy’s use to be.

Many tossed roses over the fence where the Wendy’s use to be and released balloons. 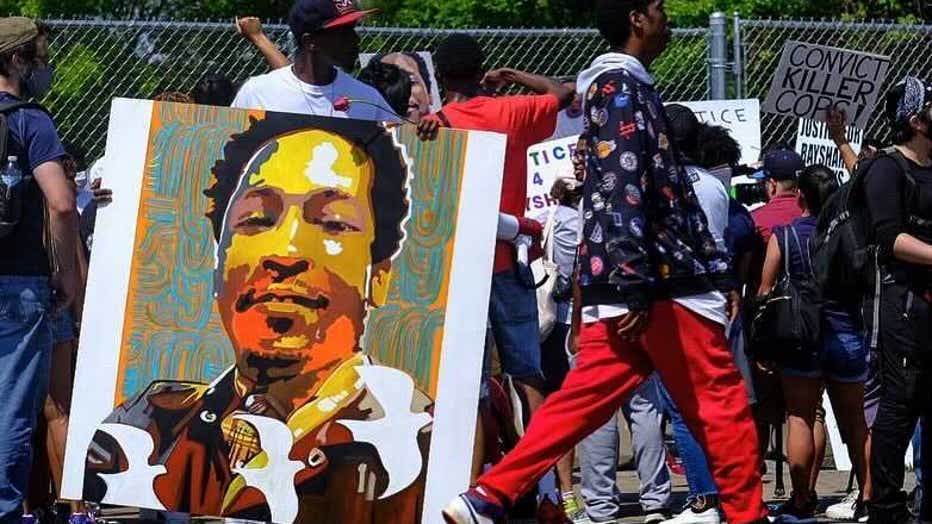 Rayshard Brooks' cousin David McDaniel addressed the crowd on behalf of the family along side another cousin and a younger family member said.

"It’s still unreal but what I can say is the City of Atlanta showed me that we can come stand for something," McDaniel said.

"People who knew him couldn’t help but love him. He was someone so goofy, bright and strong," another Brooks' family member said. 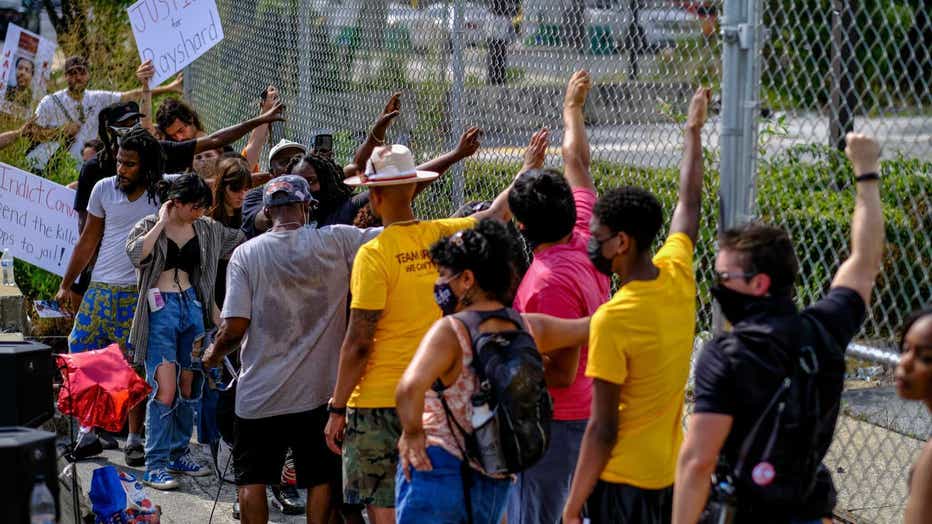 Members of the community gather on June 12, 2021 at the site of the former Wendy's in Atlanta where Rayshard Brooks was shot and killed one year ago.

"He was nice and he didn’t deserve to get killed," a young member of the Brooks' remarked.

Those gathered said the fight must continue.

The mother of Zadok Williams, a man killed by DeKalb County police, came to support. "Justice for Zadok. Justice for Rashard. No justice no peace," she said. 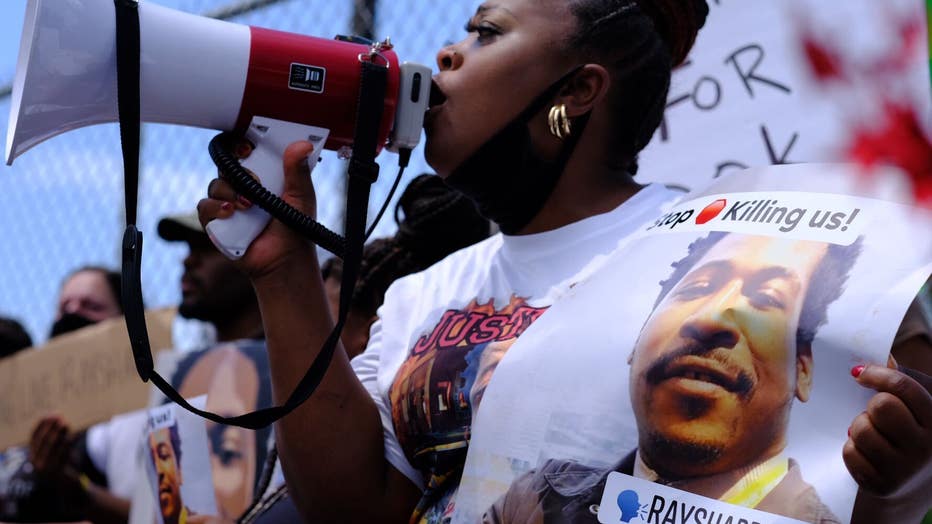 There was also a powerful plea from a recent high school graduate.