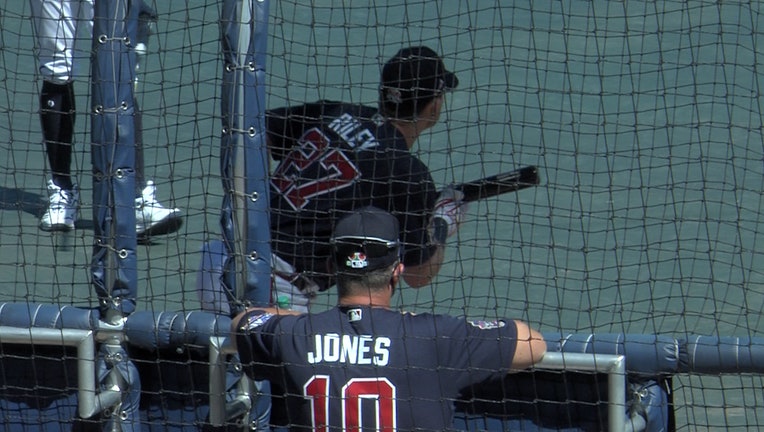 Braves Hall of Famer Chipper Jones is taking on a new role with the team this season. Jones is now an assistant hitting coach with the team and has already made his presence felt down at spring training.

"I have a coach that I played with now. So I'm starting to go on the opposite end," said Freddie Freeman.

It makes Freddie Freeman feel old, but the hope is having Chipper Jones on the Braves coaching staff will make the team better.

"It can change people's careers because it changed mine," said Freeman.

Freddie credits Chipper's advice on keeping his swing plane consistent back in 2012 for changing his future in the big leagues.

And it sounds like it's so far so good at camp.

"He's embraced it. I tell you what he's all over the place. It's been awesome. In here in the clubhouse talking with not just the hitters, the other coaches. It's exactly what I thought it would be. Chipper's a baseball player. What he's brought already has been really really good," said Braves manager Brian Snitker.

Chipper will continue his role once the season starts, but part of Jones' deal with the team is that he won't have to travel. That starts down in spring training, but Snitker says while most of the team travels to games each day, Chipper will get one on one time with the group that doesn't make the trips.

"When we travel and leave guys back, he'll be able to get personal with all those guys. That'll probably be as valuable a time for him when he has that select group back every day when we do go on the road," said Snitker.

Freddie Freeman now matches his mentor having won an MVP. Chipper was quick to remind him that there's one thing he doesn't have, a World Series title. Freddie says he's working on that.