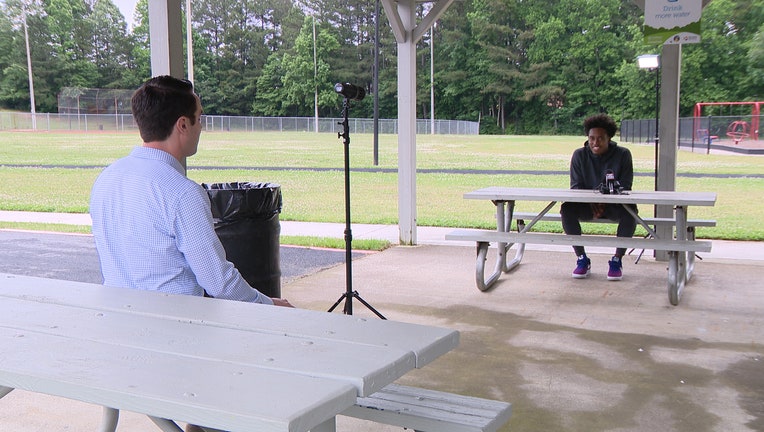 AUSTELL - Collin Sexton says playing basketball in front of empty arenas will be different. It will feel, he said, a little like practice; which is just fine, since he's plenty competitive in practice anyway.

"Whenever the season is, maybe next week, a couple weeks from now," said Sexton, "when the season is here, I'll be ready."

The Cleveland Cavaliers guard is staying in shape and ready to go as he keeps tabs on discussions to resume play in the NBA. The former Pebblebrook High School star is mixing high-intensity home workouts and running in local parks with yoga and meditation to stay in shape.

The former first round pick is enjoying a standout second season in Cleveland. He is the Cavaliers leading scorer, and likes the new direction of his team under coach J.B. Bickerstaff, who took over after John Beilein resigned in March.

"I feel like I pretty much got better all around," said Sexton. "As a teammate, as a person, as a player. On the court, I feel like my confidence is continuing to grow."

Sexton says he is open to however the NBA decides to resume play. Last weekend, the league confirmed they were in talks with Disney World to bring all teams to Florida and play games there. Sexton says it would be different living in an all-basketball bubble, but he would be open to the idea. He knows that taking the court will carry some risk, but says he plans to play once games are back on.

"We're all concerned [about coronavirus] each and every day," said Sexton. "I know I am. I know the NBA is definitely going to look at different things to make sure everybody in that building is safe, make sure none of us gets the virus. I know the NBA will go to whatever precaution they need to so we all are safe. I trust that."