Carrollton freshman QB could be next big High 5 star

Julian "JuJu" Lewis may not graduate from Carrollton until 2026, but the 14-year-old phenom may just be the next big thing in High 5 Sports.

"As a rising ninth grader he’s ahead of a lot of the guys that are in that same classification," Carrollton head coach Joey King told FOX 5 Sports.

That's an understatement, if keeping tracking of the 19 and counting big-time Division I football scholarships Lewis has already been offered, from the likes of Alabama, Georgia, Michigan, Texas, Penn State, Auburn, Florida and Oregon, among others.

"I mean, of course I’m still 14," Lewis told FOX 5 Sports. "I still sit in my room and play video games when I get my free time. I hang out at the movie theater with my guys." 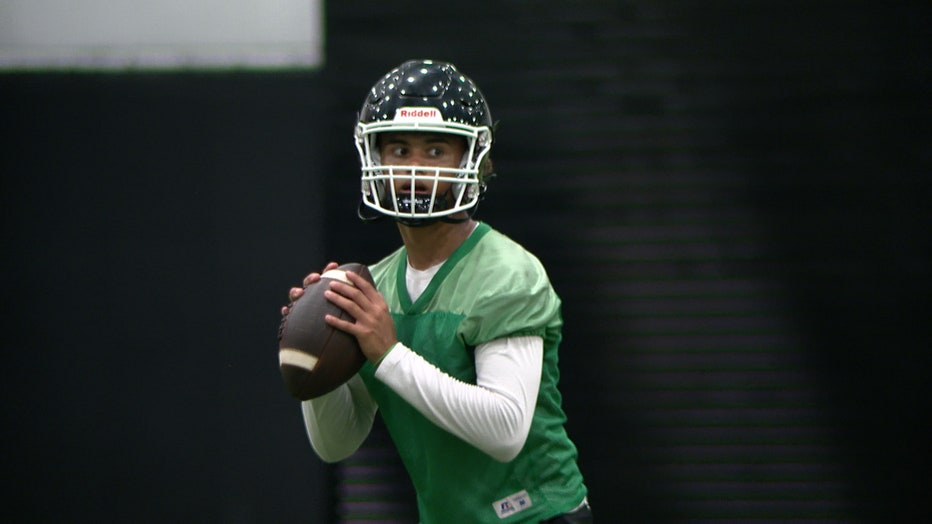 He said he’ll always remember the first day those calls started coming in – in the eighth grade.

"So second block, I get pulled out of class, and Florida's on the phone," Lewis recalled. "That was my first time really being on the phone (with a college coach), and they offered me. That was big. I was trying to go through the school day like keeping calm, not telling anybody in the school."

But that wasn't it.

"And then fifth block rolls around, and Penn State's calling me," Lewis continued. "So that was two in one day. Now I'm stressed out, trying to keep it calm the rest of the day. Then I go to practice, and I get tackled by my entire team."

Third time was the charm.

"Right after practice, Georgia Tech told me to call them, so it was a three-in-one-day type of thing, so I was a little flurried that night," he said.

Lewis received all this attention before even playing a high school snap. He will put on a varsity jersey for the first time as the Carrollton Trojans' starter this fall.

King said he feels confident Lewis is ready for that role because of how he's handled his recruitment at an extremely young age.

"Obviously from a recruiting standpoint he’s had a lot of attention on him and just kind of seeing him handle that, he’s fairly quiet until he really starts to open up and laugh and have a good time. But just the humbleness and the composure that he keeps," King said.

"Of course there’s a little bit of pressure just because of the town I’m in, but my teammates don’t treat me like I’m a freshman," Lewis said. "They treat me like one of the guys. Everybody’s been super welcoming." 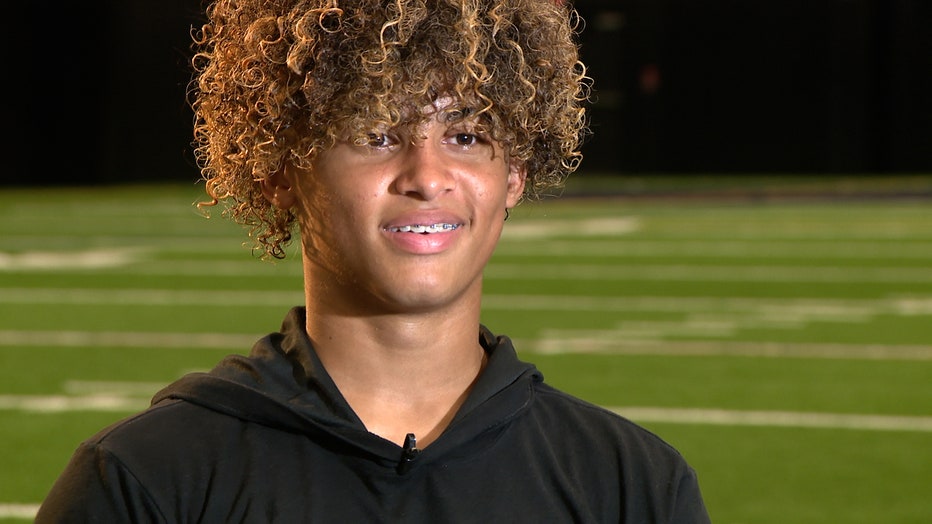 King has been down this path with a high-profile mega-recruit before, as Trevor Lawrence's head coach at Cartersville High School.

He remembers sifting through fan and hate mail – even death threats – once Lawrence’s recruitment heated up.

He knows Lawrence would tell Lewis to soak up his high school years and to not get lost in the limelight.

"He's coming to realize how busy it’s about to get. We’ve had conversations, from a recruiting standpoint, that it only gets worse," King said. "Like it or not, it’s the way the world is. It’s our job as coaches to coach him to be the best person he can be and block out all that other mess."

"I know it’s going to come. I’ve been getting it since I was like 7, so I’m kind of used to it now," Lewis said. "It doesn’t really affect me. I don’t really look in the comment section, but when I do, you see two or three haters every once in a while, but those come with popularity and success, so I’m used to it."

Even at an age as young as 8 years old, Lewis has trained with High 5 stars who came before him, including Justin Fields, Deshaun Watson and Malik Willis.

Lewis said Fields is "my guy," and the now-Chicago Bear has shared some great advice. Lewis has also enjoyed time with these mentors outside of training, going go-karting and bowling together.

But none of it would be possible without support from his family, he said – especially his dad, T. Carlton Lewis, who he calls "my personal chauffer."

"My dad, he’ll tell me, ‘good job,’ but he’ll never be like, ‘you’re so good, you’re so good.’ He’ll critique me before he compliments me," Lewis said. "Him being that kind of guy to me is motivating me to become better."

The incoming freshman is also motivated to live up to the hype, leading a young Carrollton squad this season.

He's most looking forward to his very first game under those infamous Friday night lights.