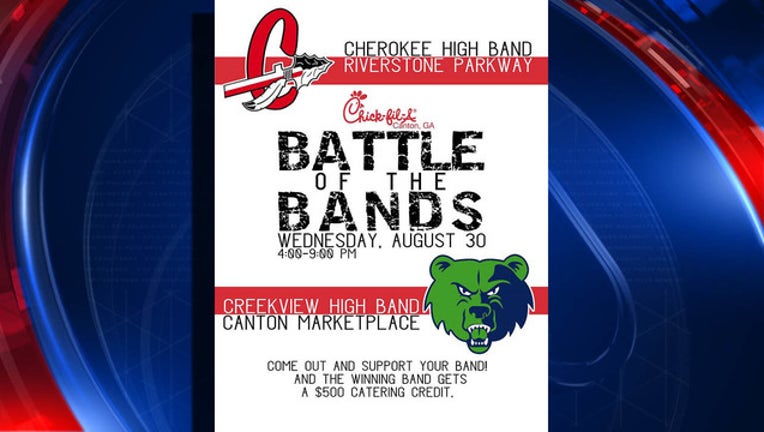 CANTON, Ga. - Two Cherokee County high schools are battling it out for band supremacy this Wednesday.

The Battle of the Bands between Cherokee and Creekview is being hosted at two separate Chick-fil-A locations in the county.

At stake, a $500 catering credit to the band which is able to get the more supporters at their designated Chick-fil-A on Wednesday between 4 p.m. and 9 p.m.

Supporters of the Band of Warriors must head to Riverstone Parkway Chick-fil-A located at 130 Keith Drive.

Both bands will perform at their respective location at 5 p.m.

And make sure to keep HIGH 5 Sports in the loop on your band's activity all marching season long! Tweet us @HIGH5Sports or leave a message on the HIGH 5 Sports Facebook page.